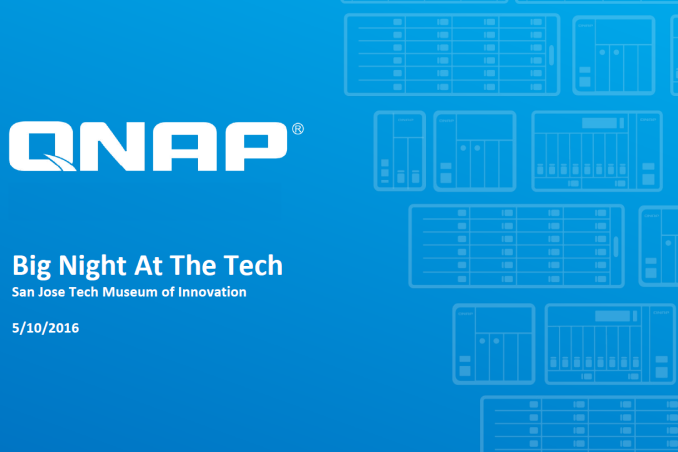 QNAP recently held a product launch event in San Jose. The main announcement was the follow-up to their TVS-871T released late last year. The first generation Thunderbolt NAS came with eight 3.5" drive slots, 16GB of RAM, two Thunderbolt 2 ports and two 10GBASE-T ports. Despite being priced at $2800 (Haswell Core i5 configuration) and $3200 (Haswell Core i7 configuration), QNAP noted that it was popular enough to expand the lineup with more models. The popularity stems from the fact that creative professionals dealing with multimedia content often deal with Thunderbolt DAS units for fast access to data. However, those DAS units are typically not amenable to shared workflows. This is where a NAS / DAS combination like the TVS-871T has been able to make an impact. Thunderbolt networking support means that multiple PCs can access the NAS / DAS at high speed, while the network links can be used by other non-performance sensitive clients to access the data. 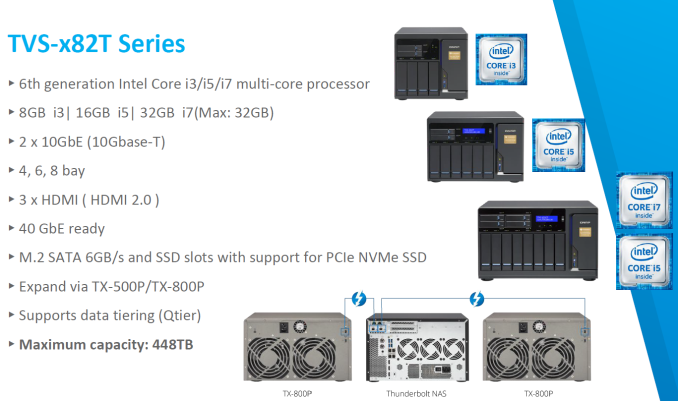 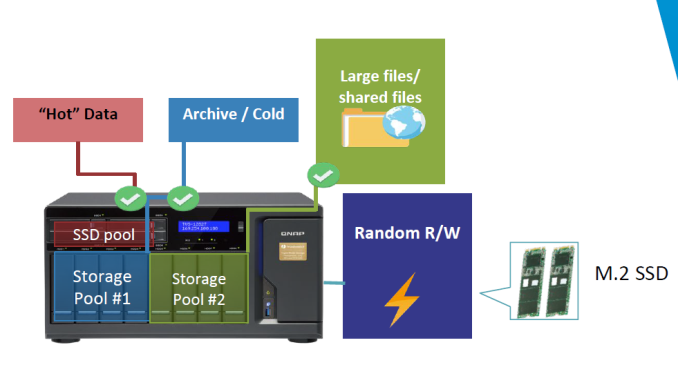 More information on the TVS-x82T models can be found on QNAP's product page here.

It is interesting to note that the Thunderbolt ports are v2 and enabled by an add-on card. One of our chief complaints is the usage of Thunderbolt 2 instead of Thunderbolt 3 (which can also act as a USB 3.1 Gen 2 host / client as needed). QNAP mentioned that Thunderbolt 3 add-on cards are definitely in the pipeline, but, most current Thunderbolt users are in the Apple ecosystem. Thunderbolt 2 is the best technology currently available in those setups, and QNAP is pitching the TVS-x82T to that market currently.

QNAP also had live demonstrations of the TDS-16489U (for hyperconvergence with a 2P Xeon platform that enables the application server and storage server to be one unit) and the ES1640dc dual-controller ZFS NAS. 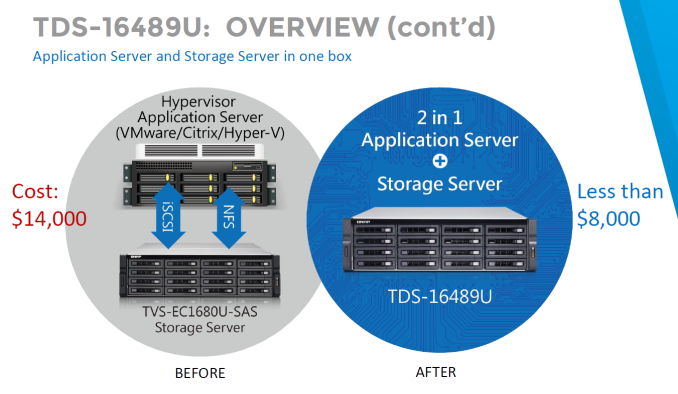 We have already looked at both these products in detail as part of our 2016 CES coverage.

The new information presented at the San Jose event included availability details (mid-June for all products) and pricing for the enterprise NAS units (starting at $7700 for the TDS-16489U and $9700 for the ES1640dc).

One of the striking slides that we saw as part of the ES1640dc presentation was the competitor landscape / target market for the unit. 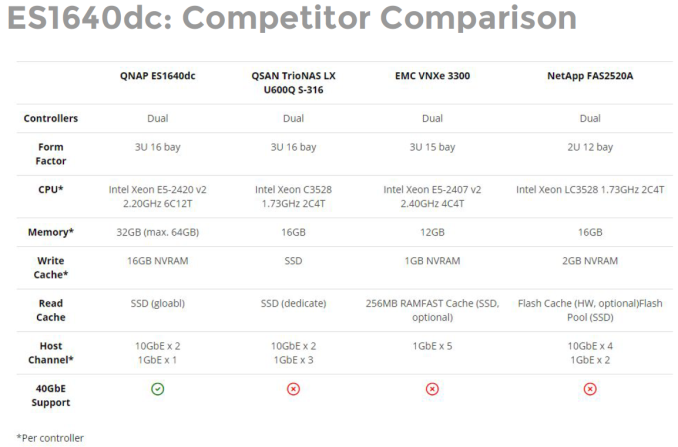 It is great to see QNAP move up to the next level and compete with the big guys such as QSAN, EMC and NetApp in the enterprise space. As the above slide shows, the hardware configuration is very good compared to the competition and I am pretty sure the pricing is more than competitive. However, in the enterprise space, the main challenge is support requirements. Enterprise customers require service contracts that keep any hardware-related downtime to the absolute possible minimum, and the software needs to be stable and production-ready. Quality Assurance steps also need to be more stringent compared to the typical requirements in the SMB market that QNAP has been serving so far. I will be closely tracking how QNAP's aspirations in the enterprise space pan out in the long run.