HandBrake to Get QuickSync Support 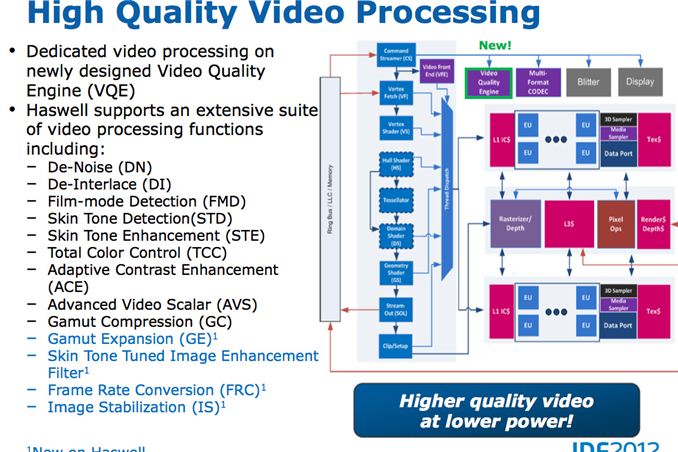 The latest version of Intel's Media SDK open sourced a key component of the QuickSync pipeline that would allow the open source community to begin to integrate QuickSync into their applications (if you're not familiar with QS, it's Intel's hardware accelerated video transcode engine included in most modern Core processors). I mentioned this open source victory back at CES this year, and today the HandBrake team is officially announcing support for QuickSync.

The support has been in testing for a while, but the HandBrake folks say that they expect to get comparable speedups to other QuickSync enabled applications.

No word on exactly when we'll see an official build of HandBrake with QuickSync support, although I fully expect Intel to want to have something neat to showcase QuickSync performance on Haswell in June. I should add that this won't apply to OS X versions of HandBrake unfortunately, enabling that will require some assistance from Apple and Intel - there's no Media SDK available for OS X at this point, and I don't know that OS X exposes the necessary hooks to get access to QuickSync.