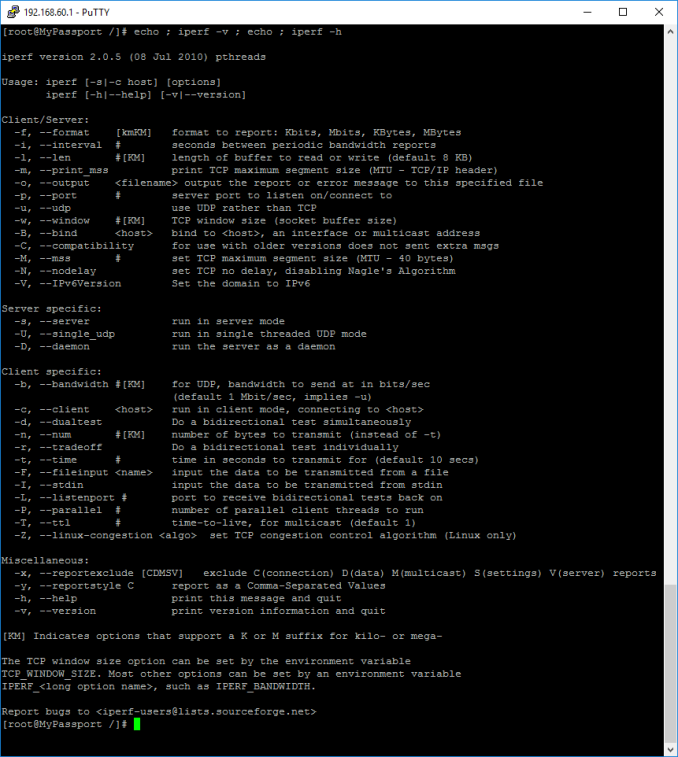 Two of the striking differences in the WLAN specifications of the My Passport Wireless and the Pro are the presence of a 5 GHz 802.11ac radio in the latter and the downgrade from a 2T2R 2.4 GHz 802.11n solution in the former to a 1T1R one in the Pro. Western Digital indicated that they are targeting the My Passport Wireless Pro for high-performance applications in close-range scenarios, and the 2.4 GHz band is retained only for legacy reasons.

Our evaluation strategy consists of using iperf to determine TCP and UDP downlink and uplink rates at three different locations (marked X, Y and Z in blue) in a 1800 sq. ft. home, as indicated below. While the My Passport Wireless Pro (set up at location M in the floorplan) was set as the server node, an Intel D54250WYKH NUC running Windows 10 Pro x64 was used as the client at the three different locations. The NUC sports an Intel Dual Band Wireless-AC 7260 2T2R 802.11ac solution. 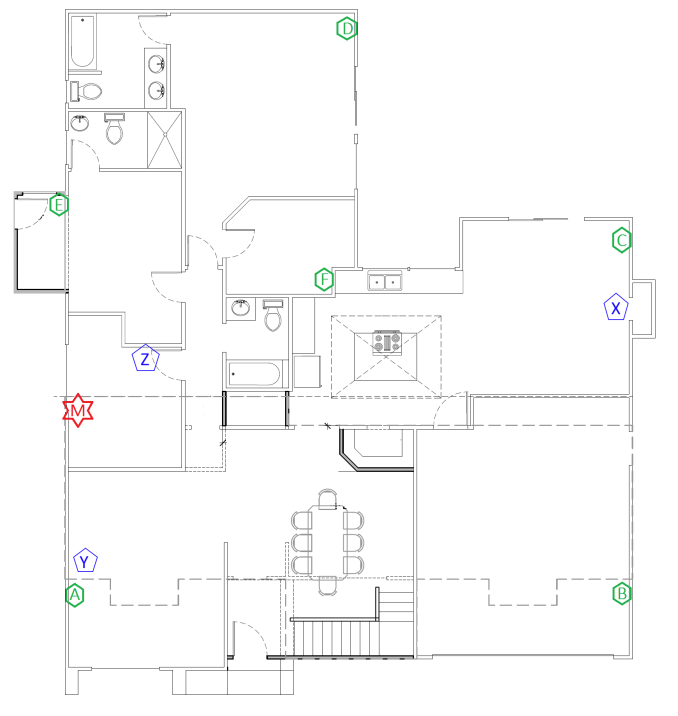 The purpose of our benchmarking was not to tune the stream configuration for obtaining maximum possible bandwidth. Rather, we wanted to replay the same stream across multiple locations in order to determine comparative performance. iperf with default parameters was used for benchmarking. On the 'server', we ran the following command:

The 'client' was connected to it using the following command:

The number of parallel streams were tested between 20 and 25 for the TCP case. The maximum obtained bandwidth was recorded. For the UDP case, we altered the bandwidth to test in order to arrive at the value that resulted in less than 1% packet loss during transmission. The roles of the server and client were then reversed, and the same benchmarks were processed.

The numbers below were recorded with the unit in standalone wireless NAS mode. Using it as a Wi-Fi access point with uplink in the same band as the usage band is bound to bring down the numbers even further.4

Wi-Fi numbers are heavily dependent on the usage environment, and the only takeaways we have from the above are the fact that the 5 GHz SSID is handicapped by range issues, but, it outperforms the 2.4 GHz SSID when it comes to same-room usage (which is the typical use-case for the My Passport Wireless Pro). The hard drive or attached storage media access rates are unlikely to the source of bottlenecks when it comes to real-world data transfers involving the unit.