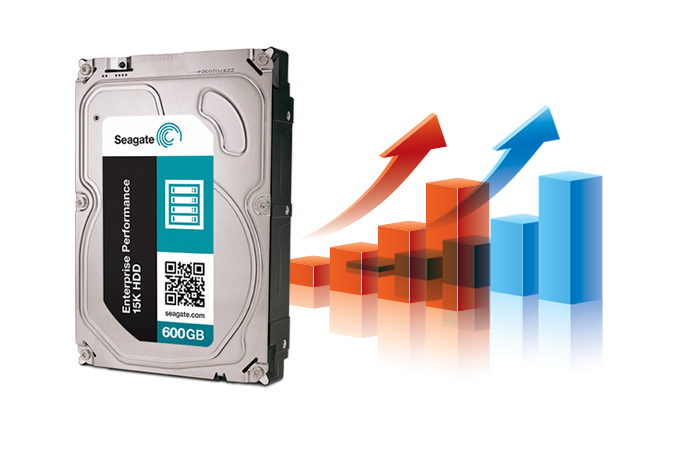 Seagate on Tuesday announced its new generation of hard drives with 15K spindle speed and up to 900 GB capacity. The new HDDs use NAND caching to boost response times, offer additional SED and SED-FIPS security features at no extra cost and boast with enhanced reliability for 24x7 workloads.

The new Seagate Enterprise Performance 15K v6 HDDs come in 300, 600 and 900 GB configurations. Just like their predecessors, they use a dual port SAS 12 Gbps interface as well as a 2.5”/15 mm form-factor. The new Enterprise Performance 15K v6 hard drives have single or dual level caches: either a 256 MB of DRAM cache only or a 256 MB of DRAM cache and a 16 GB of NAND flash cache (4Kn/512E models only). The latter is used for caching of frequently used “hot” data to maximize read performance and reduce latencies (Seagate offers similar capability with its consumer-grade FireCuda and other SSHDs). It is noteworthy that Seagate reduced the amount of NAND flash compared to previous-generation 15K HDDs, but the company seems to believe that its improved caching algorithms will ensure that the new drives are faster than their predecessors.

When compared to predecessors, the new sixth-generation 15K HDDs are rated for a 27% increase in sequential read write speed: up to 315 MB/s. In addition, the drives also promise 100% faster random write performance. Seagate claims that its advanced caching algorithms promote hot data three times faster when compared to 512N drives without NAND, but it does not reveal exact performance numbers for its NAND cache. When it comes to reliability, Seagate declares 2 million hours MTBF and an annualized failure rate of 0.44%, which is in line with the predecessors.

To simplify inventory management, Seagate will offer Seagate Enterprise Performance 15K v6 hard drives with its FastFormat feature, which allows formatting the drives to either 512 emulation or 4K native formats, thus reducing the number of models the manufacturer has to produce and its resellers have to keep in stock.

Nowadays 15K HDDs are no longer the fastest storage devices, even in RAID environments - modern high-end enterprise-class SSDs usually offer considerably higher random and sequential performance. Nonetheless, 10K and 15K hard drives for mission-critical applications are still used by multiple datacenters worldwide. Moreover, some say that there are deployments that use both mission-critical SSDs as well as fast mission-critical HDDs, which suggests that the new drives will have some demand. In fact, Seagate claims that the total available market for such HDDs is around six million units per quarter, but admits that sales of 15K drives have been declining recently. Still, the company itself sells roughly three million of such drives every three months. Given the very long life cycles of mission-critical HDDs, it looks like development of this 15K generation makes sense for Seagate. 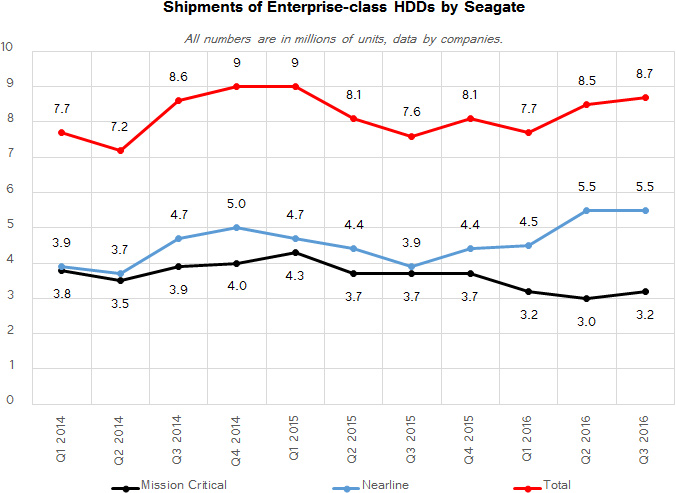 Exact pricing of Seagate’s sixth-generation Enterprise Performance 15K HDDs will depend on volumes and contracts. Interested parties should get in contact directly with their local Seagate distribution partners.