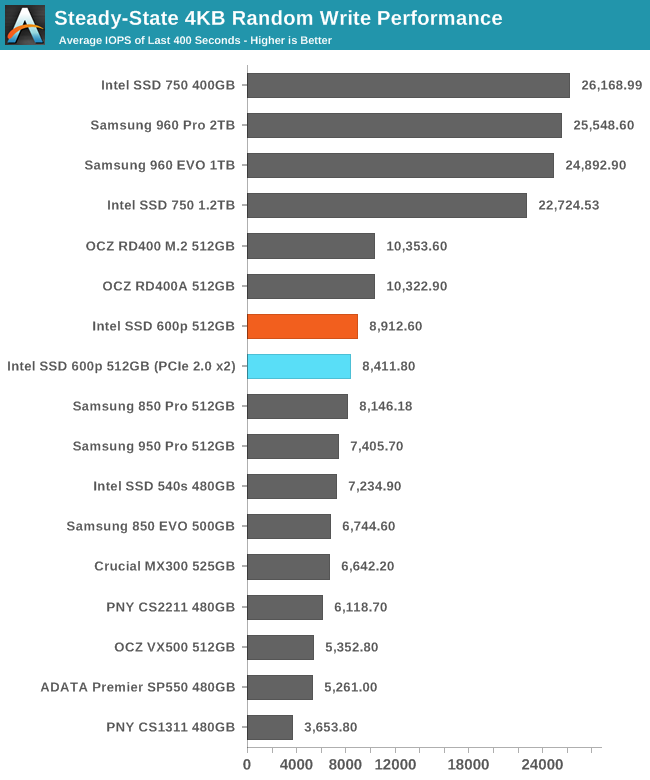 The Intel 600p's steady state random write performance is reasonably fast, especially for a TLC SSD. The 600p is faster than all of the SATA SSDs in this collection. The Intel 750 and Samsung 960s are in an entirely different league, but the OCZ RD400 is only slightly ahead of the 600p. 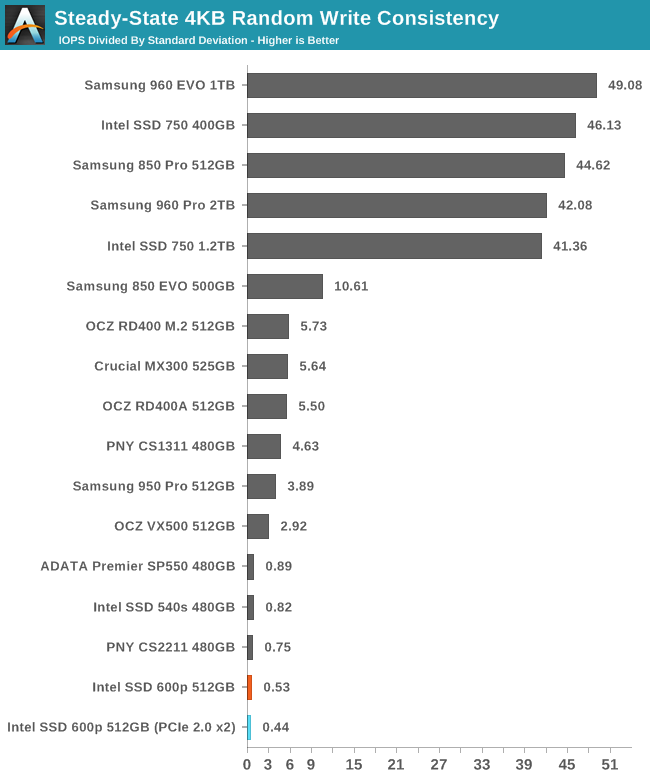 Despite a decently high average performance, the 600p has a very low consistency score, indicating that even after reaching steady state, the performance varies widely and the average does not tell the whole story.

Very early in the test, the 600p begins showing cyclic drops in performance due to garbage collection. Several minutes into the hour-long test, the drive runs out of spare area and reaches steady state.

In its steady state, the 600p spends most of the time tracing out a sawtooth curve of performance that has a reasonable average but is constantly dropping down to very low performance levels. Oddly, there are also brief moments of unhindered performance where the drive spikes to exceptionally high performance of up to 100k IOPS, but these are short and infrequent enough to have little impact on the average performance. It would appear that the 600p occasionally frees up some SLC cache, which then immediately gets used up and kicks off another round of garbage collection.