GPU performance of the Red Magic 3 is something I was particularly looking forwards to given it’s the only phone we have that actually has active cooling built in to its hardware design. The small fan has an air intake at the rear of the phone underneath the camera, and exhausts it on the side next to the volume buttons on the right of the phone. The fan can be toggled on and off in the software, and additionally have RPM settings of “auto” based on CPU temperature and maximum RPM. The fan is audible but it’s certainly not loud.

Unfortunately based on my extensive testing with the phone under different scenarios, I just wasn’t able to discern any kind of impact by the fan’s operation. Running the sustained performance tests with the fan on and off showcased a temperature difference of maybe 0.5°C, measured both in terms of peak skin temperature as well as reported by the phone’s gaming OSD temperature metric. I thought that maybe at least if temperature didn’t drop, at least performance would change, but again unfortunately the performance differences measured here were in the realm of measurement variability, differing a maximum of 1-5% in the sustained performance results compared to having the fan off.

The problem here is that he little fan just isn’t able to move enough air to actually make any kind of a difference to the significantly higher thermal envelope of the phone. The tiny amount of hot air coming out of the exhaust just pales compared to what’s radiated out by the whole body of the phone.

Given that there’s no noticeable difference with the fan on or off, there was no point in publishing two sets of performance numbers. 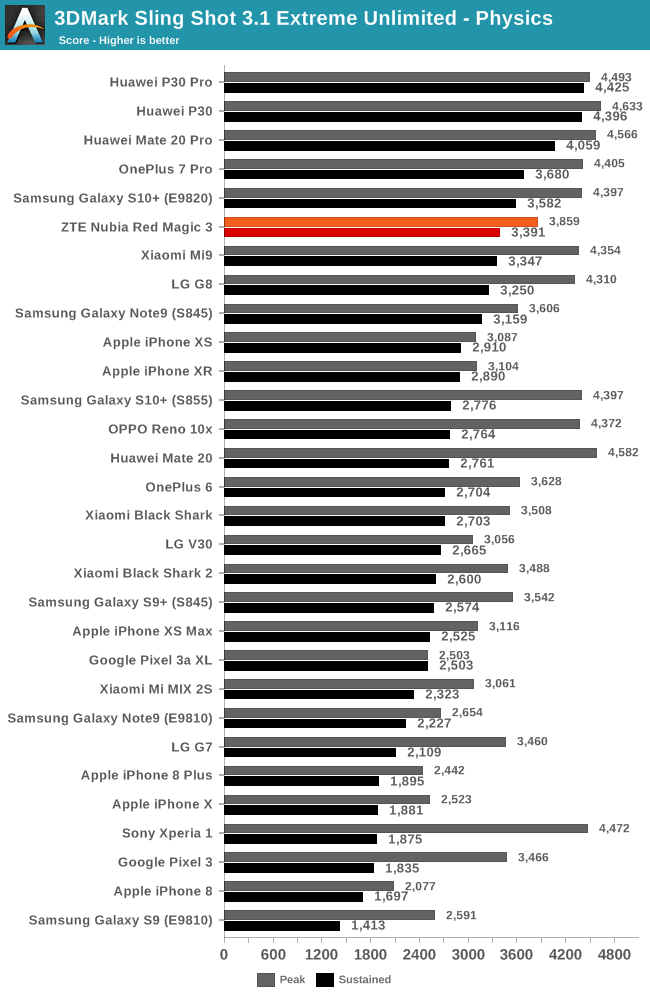 In the 3Dmark Physics test, the Red Magic fares very well and comes only second to the OnePlus 7 Pro when it comes to its throttling behaviour, amongst Snapdragon 855 phones that is. 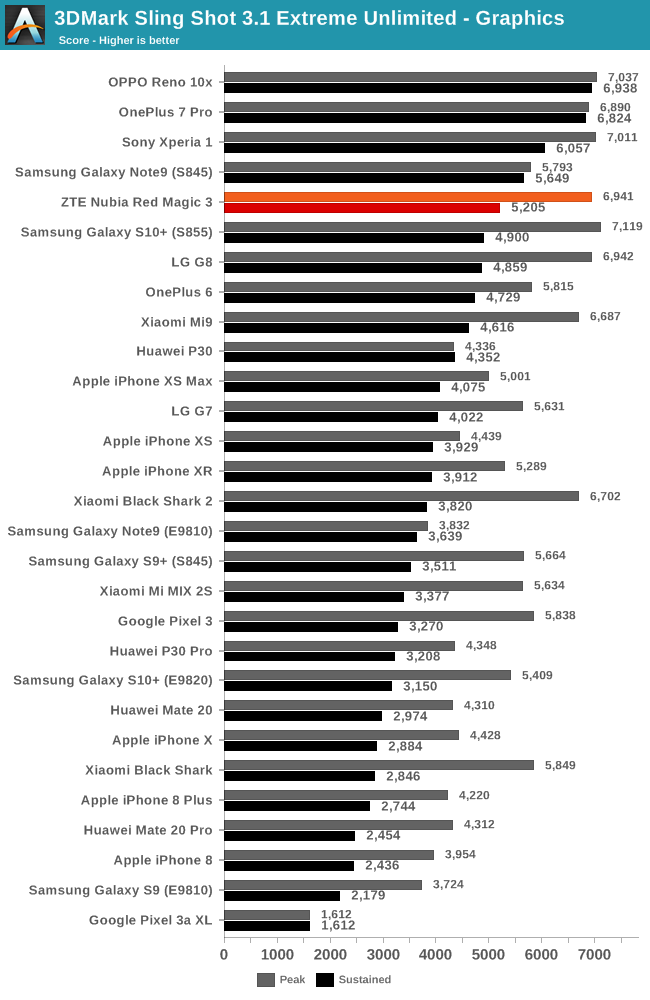 In the Graphics test, the RM3 throttles a little bit more, but it’s still ahead of the majority of other Snapdragon 855 phones out there. 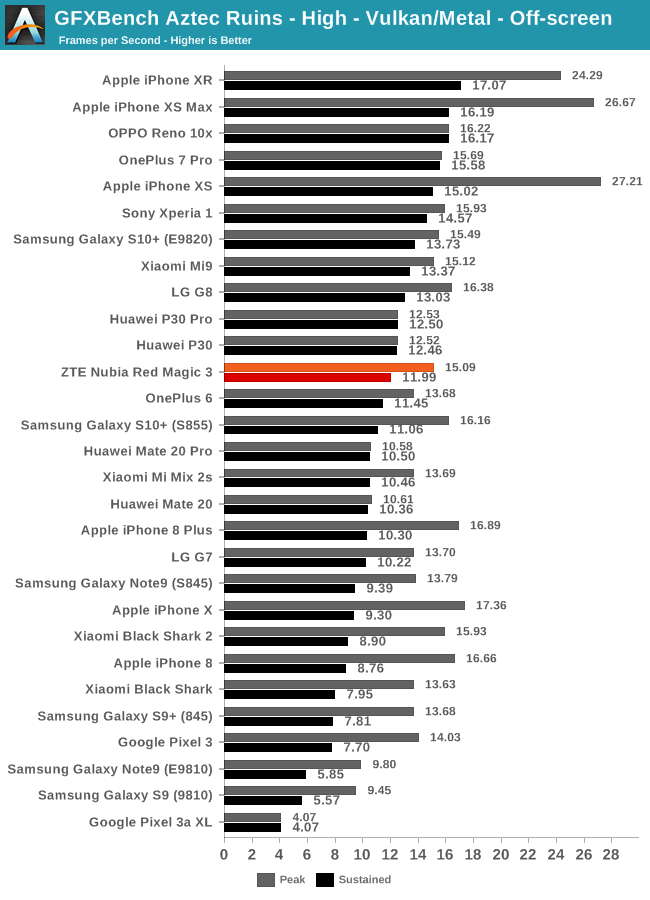 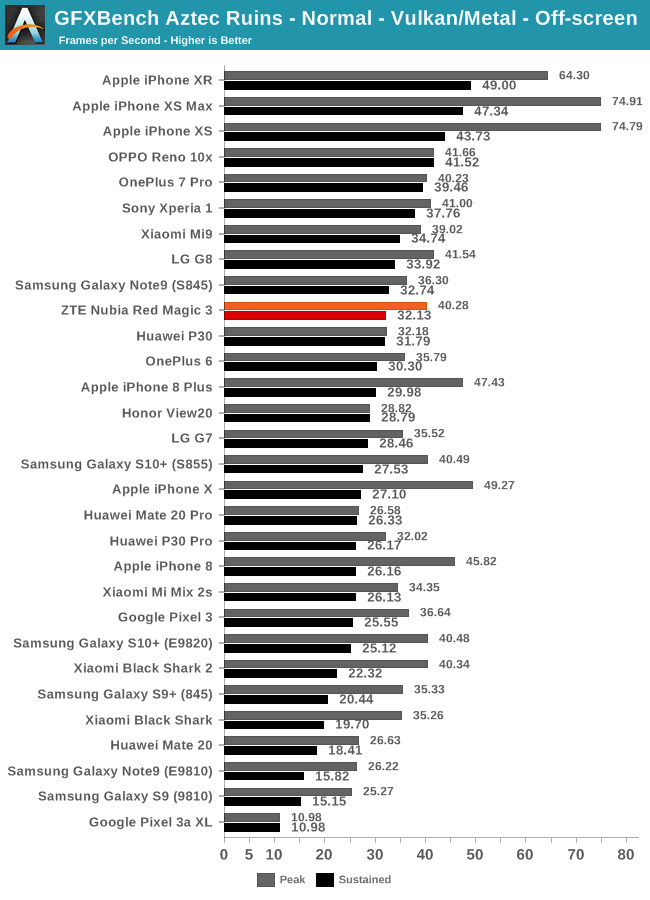 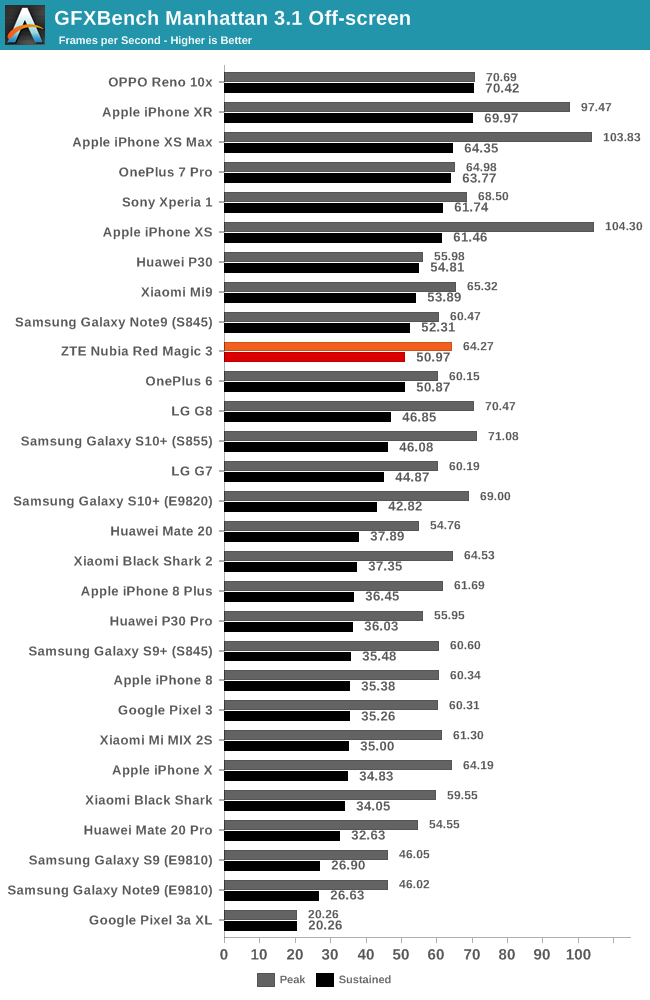 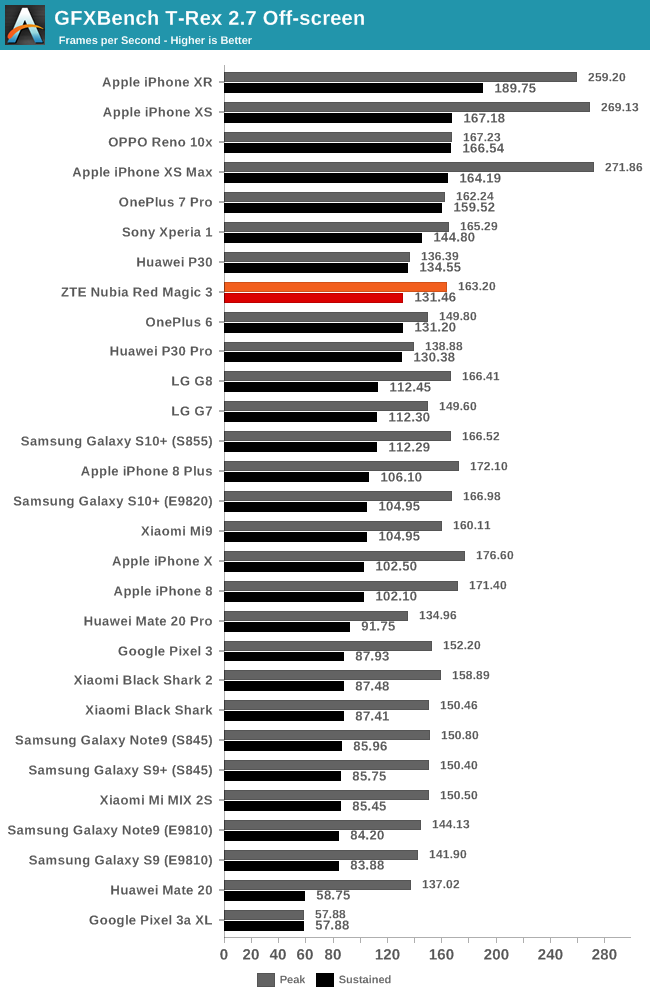 Overall, the Red Magic 3’s sustained performance is quite good, although it’s not quite as outstanding as the Reno 10x’s or the OnePlus 7 Pro’s. On the other hand, the positive about this is that the RM3 doesn’t get nearly as hot as those devices, and while it’s still certainly a warm phone when under full load, it’s still comfortable enough to hold. I think the RM3 here achieves a good balance between performance and thermals.