It's no secret that ASUS has its fingers in multiple areas of computer components including motherboard, VGA, desktop, mobile, and peripherals. Taking into consideration the cooling requirement for AMD's HEDT Ryzen Threadripper 3000 series of processors, it's showcased its latest conceptual AIO CPU cooler design which features a large 420 mm radiator, supplied with three premium Noctua black fans. 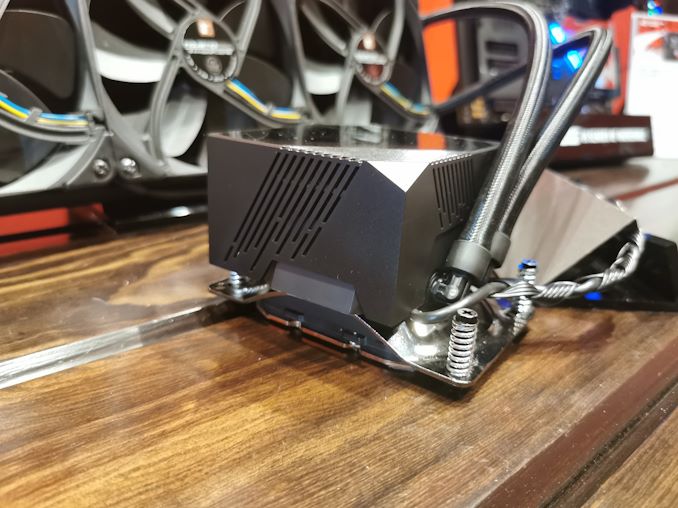 With AMD set to release its 64 core 128 thread Threadripper 3990X in the coming months, ASUS has unveiled a concept design 420 mm AIO CPU with a couple of notable features. The TR4 socket cooler which currently has no name includes an all-black design with no RGB LEDs to speak of, although the CPU block does include ASUS's 1.77" LiveDash OLED customizable screen. Other features include a full cover cold plate specially designed to cool the 3rd generation Threadripper processors, with an all-black design that fits well with its ROG Zenith II Extreme TRX40 motherboard. 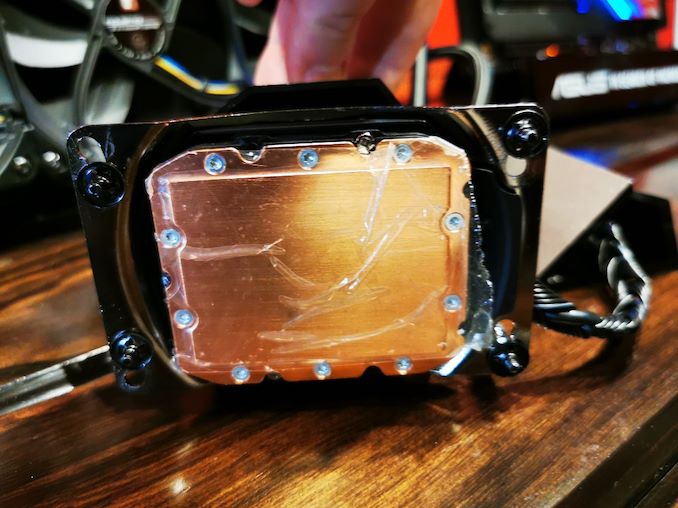 The unnamed concept cooler as displayed at ASUS's suite at CES 2020 includes three Noctua NF-A14 2000 PWM fans which spin up to 2000 rpm and omits RGB LEDs for an all-black look which is more subtle. ASUS hasn't released any more information about when it may hit production, or if it will, but upon speaking to ASUS they were very keen to have it ready for the launch of AMD's Threadripper 3990X processor which features a TDP of 280 W. 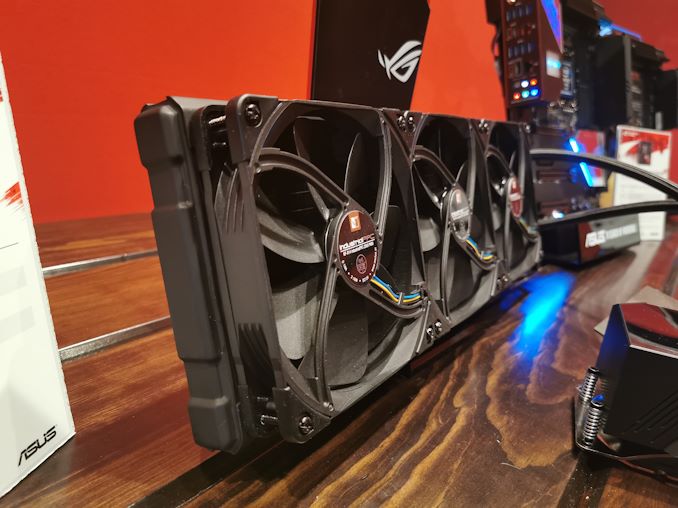 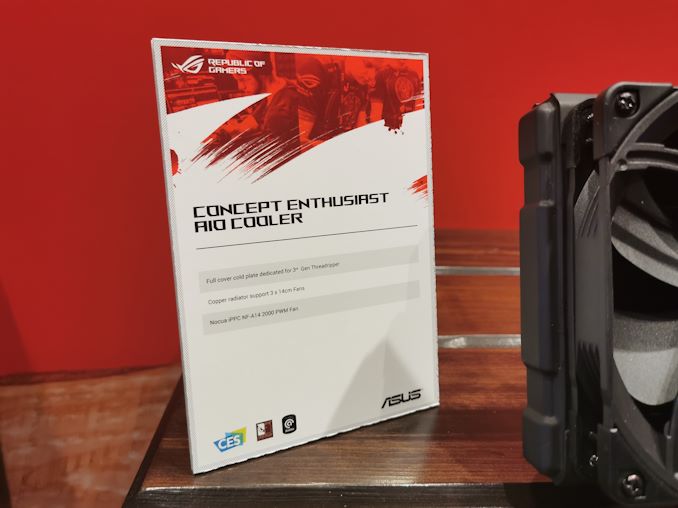