At CES, I visited Wilocity to learn more about their WiGig chipset and see how close they were to being production-ready. A number of news articles covering Wilocity at CES have already been posted on various sites (PCMag, ArsTechnica). So, in this piece, I will be presenting analysis of details which haven't already been covered in the articles linked above.

Wilocity is part of the WiGig (Wireless Gigabit) alliance which promises systems capable of delivering upto 7 Gbps of bandwidth in the 60 GHz spectrum. The issue with the 60 GHz spectrum is the short range, which restricts it to being an in-room technology. The WiGig specifications are being developed under the auspices of the IEEE 802.11ad standards association, and expected to be ratified early next year. However, Wilocity believes that its current chipset adheres to the draft specifications, and it should not be difficult to make it compliant with the final specifications when it gets ratified.

Every technology needs to be in the right place at the right time, and the rise of tablets and the marketing push behind Ultrabooks might just be what WiGig needs. At CES, Wilocity (in association with AzureWave) demonstrated working prototypes of their chipset in action showing how it could solve the connectivity issue for Ultrabooks (and, by extension, tablets). AzureWave demonstrated the technology at Computex 2011, but the marketing push behind Ultrabooks was yet to take off at that time. The small and slim form factor of the Ultrabooks makes it very difficult to integrate I/O ports such as eSATA, USB 3.0, RJ-45 etc. which are taken for granted by many notebook users.

The DockingZone solution from AzureWave is meant to be a stationary dock in the room where the Ultrabook is usually used. It provides all the necessary I/Os like eSATA, RJ-45, USB ports (2.0 and 3.0), HDMI, VGA, DisplayPort etc. On the Ultrabook side, the Wi-Fi mini-PCI-E connector is replaced by a similar module which integrates Wilocity's chip as well as a Wi-Fi fallback option using a Qualcomm Atheros WLAN chipset. This enables the Ultrabook manufacturer to just replace the Wi-Fi module with the WiGig / Wi-Fi combo module without any loss of original functionality (essentially creating a tri-band wireless chipset). Since WiGig is media agnostic, it can be used to transfer data, I/O or video.

Wilocity's advertised usecase is the usage of the dock as a seamless extension of the Ultrabook itself. All the devices connected to the dock appear as if they are connected to the computer directly in the Windows Device Manager. 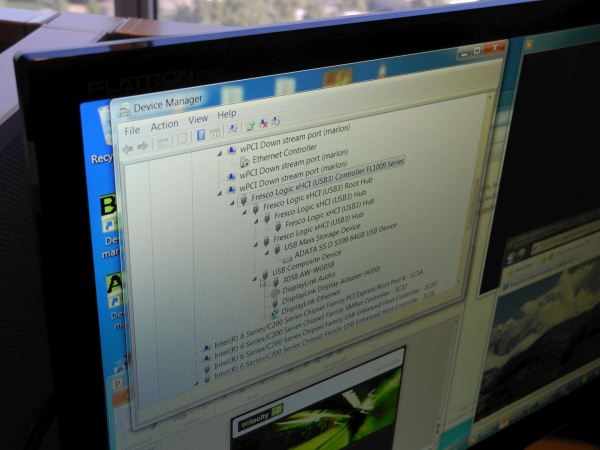 The speeds made possible with the Wilocity chipset make sure that even simultaneous data transfer and video output over HDMI don't cause system hiccups. Data transfers easily reached speeds of 1 Gbps and, on the whole, it was quite an impressive demo. Power consumption will apparently be on par with (or slightly better) than 802.11n based systems because of the possibility of the system going to sleep within a shorter timeframe because the data gets transferred faster. 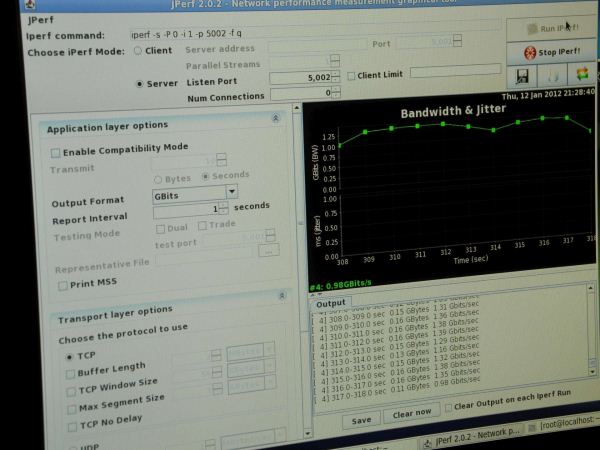 Though the 60 GHz spectrum limits the range of the systems, the technology can take advantage of beamforming and also bounce off objects to not be necessarily a line-of-sight technology. Wilocity's technology has been part of the AzureWave system and has been demonstrated in various tradeshows over the last year or so. As I mentioned earlier, any technology needs to be in the right place at the right time. Wilocity's WiGig chipset adhering to the draft 802.11ad specifications is impressive enough to have a bright future ahead if Ultrabooks take off and tablets start to get used more within a single room in the household.