Intel was rumored to be working on a SandForce based drive for several months now, but even the rumors couldn't encapsulate just how long Intel and SF has worked on this drive. According to Intel, the relationship began 1.5 years ago. Still lacking a 6Gbps controller of their own and wanting to remain competitive with the rest of the market, Intel approached SandForce about building a drive based on the (at the time) unreleased SF-2281 controller. Roughly six months later, initial testing and validation began on the drive. That's right, around the time that OCZ was previewing the first Vertex 3 Pro, Intel was just beginning its extensive validation process.

Codenamed Cherryville, Intel's SSD 520 would go through a full year of validation before Intel would sign off on the drive for release. In fact, it was some unresolved issues that cropped up during Intel's validation that pushed Cherryville back from the late 2011 release to today. 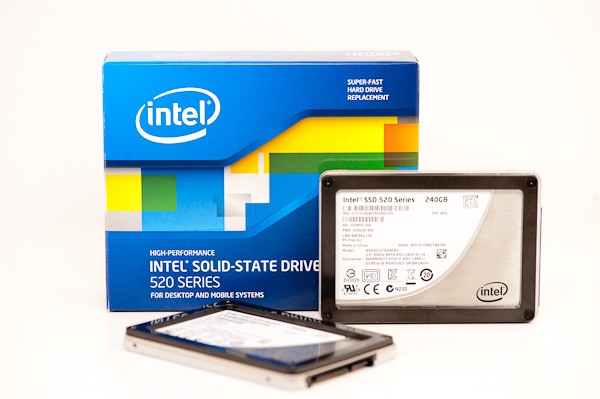 Intel's strenuous validation will eventually make SandForce's drives better for everyone, but for now the Cherryville firmware remains exclusive. Intel wouldn't go on record with details of its arrangement with SandForce, but from what I've managed to piece together the Intel Cherryville firmware is exclusive for a limited period of time. That exclusivity agreement likely expires sometime after the SF-2281 is replaced by a 3rd generation controller. There are some loopholes that allow SandForce to port bug fixes to general partner firmware but the specific terms aren't public information. The important takeaway is anything fixed in Intel's firmware isn't necessarily going to be fixed in other SF-2281 based drives in the near term. This is an important distinction because although Cherryville performs very similarly to other SF-2281 drives, it should be more reliable.

As Intel has been working on this firmware for quite a while, it's likely that the 520 uses an older branch of the SF-2281 firmware that has been updated over the past twelve months.

The BSOD is Back, but Not on Intel

Back in October SandForce announced that it had discovered a firmware issue that resulted in unexpected BSODs on SF-2281 drives on certain platforms. Why it took SandForce several months to discover the bug that its customers had been reporting for a while is a separate issue entirely. SandForce quickly pushed out the firmware to OCZ and other partners. Our own internal testing revealed that the updated firmware seemed to have cured the infamous BSOD.

Just as background, our SSD testing is rarely over once the review goes live. Any drive we recommend gets tossed into a primary use machine somewhere within the company. We keep track of drive behavior, including any bugs or performance issues over time. This long term testing process takes place over months. The results of these long term tests are folded into future reviews and recommendations. 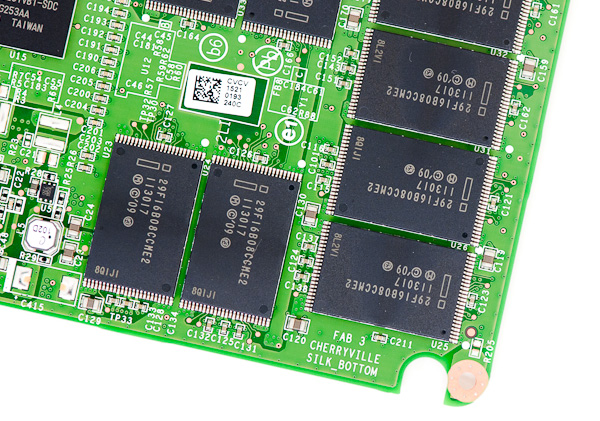 The BSOD is caused by a bug in SandForce's power state logic that ultimately results in the drive disconnecting from the system while it's running. It turns out that Windows isn't a fan of you hot un-plugging the drive it's running on, which results in the BSOD. We had two systems that exhibited the BSOD, both of which were fixed by the update last October. 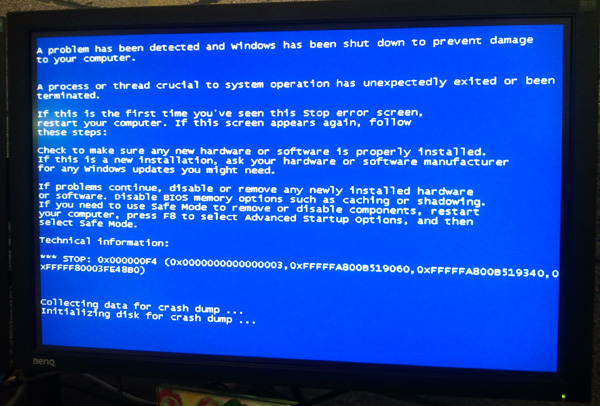 As luck would have it, our own Brian Klug happened to come across an unexpected crash with his 240GB non-Intel SF-2281 based SSD two weeks ago when he migrated it to another machine. The crash was an F4 BSOD, similar in nature to the infamous BSOD issue from last year. While two of the systems we reproduced the BSOD bug on were cured by last year's firmware update, Brian's system (an X58/Core i7 build) was BSODing regularly playing Battlefield 3. Games end up being a great way to trigger the SF-2281 BSOD issue as they frequently switch between periods of idle and load, which does a good job of stressing the power state logic in SandForce's firmware. I immediately sent Brian an Intel SSD 520 to see if the BSOD remained on Intel's drive. Switching to Cherryville caused Brian's BSODs to go away. Indeed most end user reports of SF-2281 BSODs went away with the fixed firmware, but we've still heard of isolated issues that remain unresolved. Whatever Intel has done with the 520's firmware seems to have fixed problems that still remain in the general SF-2281 firmware.

This is actually a dangerous precedent as it means one of two things. The first possibility is that SandForce has been made aware of flaws in its current firmware and chooses against (or is legally prevented from) disclosing it to its partners. The second possibility, and arguably even worse for SandForce, is that Intel was able to identify and fix a bug in the SF-2281 firmware without SandForce knowing it existed or was addressed. I suspect it's the former but as no one is willing to go on the record about the Intel/SandForce agreement I can't be certain. 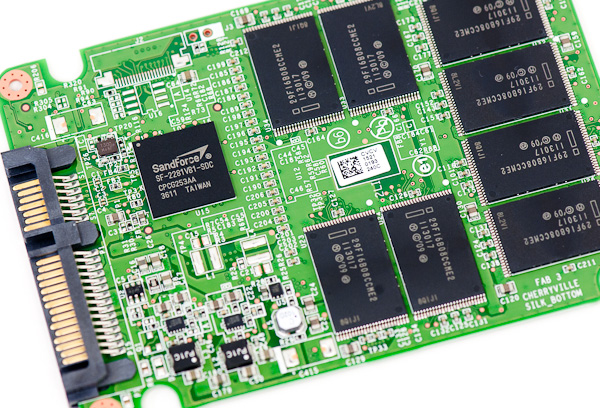 At the end of the day that's what Intel really brings to the table with the 520. As you'll soon see, performance isn't very different compared to other SF-2281 based drives. Intel's biggest advantage comes from the unique firmware that ships with the drive. Intel is also quick to point out that while other SF-2281 manufacturers can purchase the same Intel 25nm MLC NAND used on the 520, only Intel's drives get the absolute highest quality bins and only Intel knows how best to manage/interact with the NAND on a firmware level. While it's nearly impossible to prove most of this, the fact that we're still able to reproduce a BSOD on the latest publicly available SF-2281 firmware but not on the SF-2281 based Intel SSD 520 does say a lot about what you're paying for with this drive.

And you are paying a premium for the 520 compared to other SF-2281 based SSDs on the market today:

Last year Intel hinted at a move from the consumer market to enterprise server and client markets. The 520's higher price likely won't matter there, but for consumers the higher price is noticeable - particularly with good options from companies like Samsung now available on the market.