Samsung's real potential has yet to be realized as a highly vertically integrated silicon and device house. The Galaxy S 4 for example still relied on a Qualcomm SoC with a Sony sensor for the rear facing camera. While the GS5 continues to leverage Qualcomm's silicon, Samsung did transition to its own sensor for the rear camera module as well as the front facing camera.

The front facing camera remains 1080p, despite competitors like HTC moving to 5MP. The front camera uses a 16:9 sensor with 1.12µm pixels shooting at 1080p.

The rear camera is the interesting one as it uses Samsung's own 16MP 16:9 sensor. This makes the GS5 and M7/M8 the only two modern shooters we have with 16:9 rear facing sensors. The GS5 unfortunately doesn't move to larger pixels, remaining at 1.12µm. To somewhat improve low light performance, Samsung is using its own ISOCELL technology to reduce crosstalk between pixels by introducing additional barriers between individual pixels. The video below does a decent job at summarizing what we know about ISOCELL:

Unlike Apple and HTC, there's no dual-color flash on the GS5 - just a single LED unit.

As always we turn to a collection of controlled test shots and live scenes to evaluate the GS5's camera quality.

We'll start by measuring the rear facing camera's ability to resolve fine details by shooting at an ISO12233 test target. For now we'll be looking at horizontal and vertical resolution using the sagittal and tangential lines in the upper right of the center of the test chart: 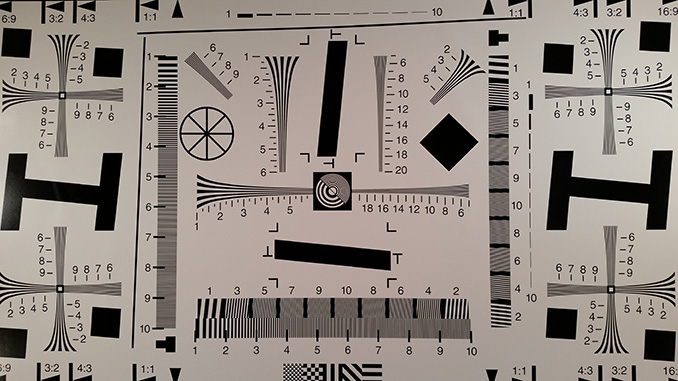 The gallery below has links to the original chart captures for all of the phones compared in this review:

The GS4 already did well in this test, easily resolving the entire length of sagittal lines. The GS5 maintains slightly more detail past the 18 mark (units of line pairs per image height). The iPhone 5c and 5s do reasonably well here but can't resolve detail as well at the very left edge of the crop. Google's Nexus 5 has similar struggles, although nothing is anywhere near as bad as HTC's M8. Here we see the real limits of HTC's 4MP UltraPixel sensor as there's serious aliasing around the 12 mark. Sony's Xperia Z1s running in its native 20MP mode on the other hand is the clear winner here.

You can see full 1:1 resolution crops in the gallery below:

The story is unchanged if we look at the tangential crops as well. The GS4 and GS5 remain among the upper contenders in this space, losing out only to Sony's Z1s. Interestingly enough the GS5's image appears to be softer than what the GS4 produced. We'll have to spend some more time with Samsung's ISOCELL sensor to really get a feel for the images it produces.

We grabbed test shots from four different locations using the GS5 and its immediate competitors. I've included all of the originals in the galleries below, but let's take a look at crops from a couple of them first.

I'll start with a low light test shot as that's one of the more challenging environments for such a sensor with such tiny pixels. Here we'll be able to see just how much ISOCELL buys us:

The GS5 shot this scene at 1/15s, ISO 2000. The GS4, by comparison, kept the shutter speed the same but ran at ISO 1000. The GS5 is naturally brighter as a result, but without substantially more noise. The image is relatively usable. Toggling picture stabilization (the new word for night mode on the GS5) trades off noise for exposure length, although Samsung obscures the latter in its exif data. When shooting without a tripod, longer exposure times aren't desirable (particularly without OIS).

The GS5's low light performance obviously pales in comparison to devices with larger pixels like the M8 and especially the iPhone 5s. There's an obvious tradeoff here. Samsung delivers clearly better spatial resolution (as seen from our ISO12233 test shots), while HTC on the other hand offers better low light performance. Apple finds itself in the middle of the two with the iPhone 5s. The Xperia Z1s does give us a good example of what you can get from oversampling as we're shooting in the 8MP superior auto mode here.

Moving to the opposite end of the spectrum, this daylight shot gives us an example of where the M8 clearly loses out to the GS5. You lose all details in the tree, and there's quite a bit of noise in the sky on the M8. The GS5 however delivers a substantially better shot.

The next set of shots use a light controlled lab setup. Here we are immune to natural variances of sunlight and can do some true apples to apples comparisons. 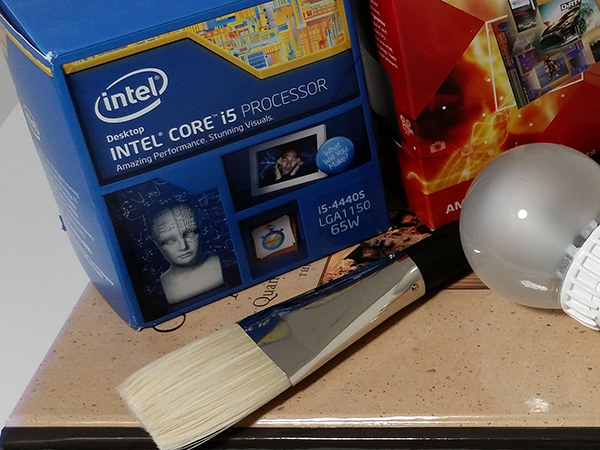 The GS4 and GS5 are pretty close to one another in our scaled/cropped shot. There are some differences in color handling and dynamic range between the two devices. I actually find that there's some loss in detail in the paintbrush on the GS5 compared to the GS4. I've seen a number of situations where aggressive noise reduction on the GS5 seems to mangle detail and deliver a very oil painting like effect, although that's an extreme that we're not seeing here. 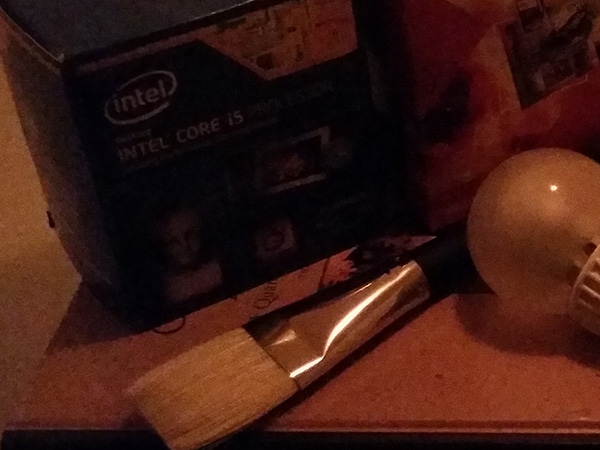 The GS5 once again defaults to 1/15s at ISO 2000, compared to the same exposure time but ISO 1000 on the GS4. Here we really see what Samsung's sensor can do as the resulting image goes from unusable on the GS4 to passable on the GS5. The final image isn't particularly great by any means but it's at least usable. If you're looking for ultimate low light winners here there really are only two: the 5s and the M8.

The GS5 has a very fast and usable HDR mode. You can toggle the mode on directly from the default camera UI (tap the icon on the left side of the display) and you get effectively instant HDR captures: