SanDisk claims read/write speeds of 245 MBps/190 MBps and 260 MBps/240 MBps respectively for the Extreme and Extreme PRO. These are backed up by the ATTO benchmarks provided below. Unfortunately, these access traces are not very common in real-life scenarios. 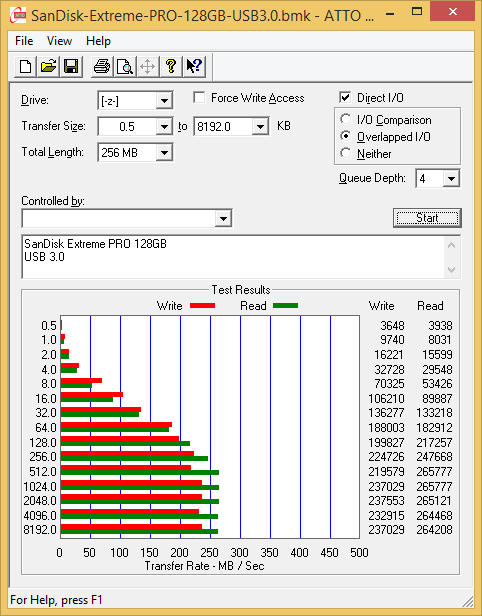 CrystalDiskMark, despite being a canned benchmark, provides a better estimate of the performance range with a selected set of numbers. As evident from the screenshot below, the performance can dip to as low as 8.7 MBps for 4K read accesses at QD32. However, these types of accesses are not common for the large size file transfers that form the primary use-case for the Extreme and Extreme PRO. 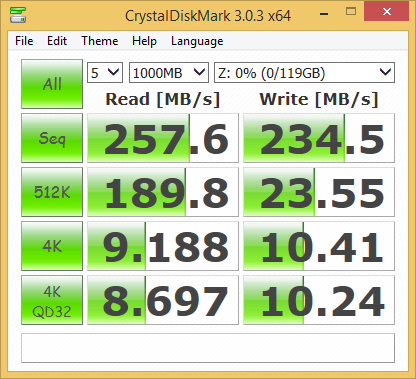 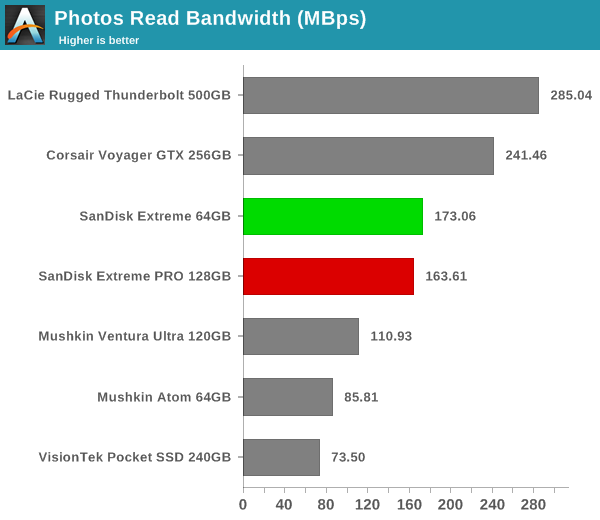 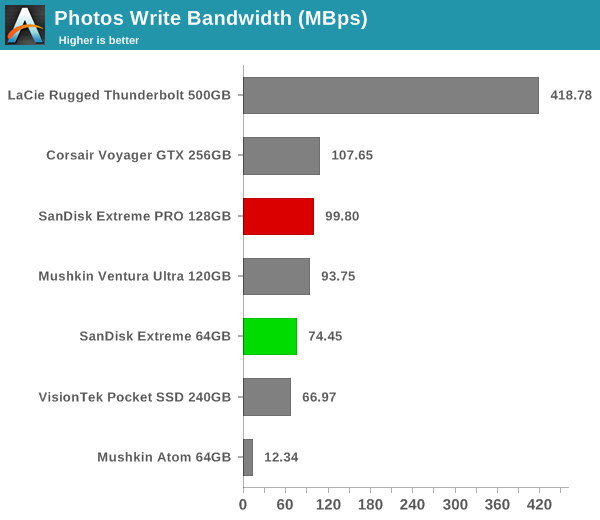 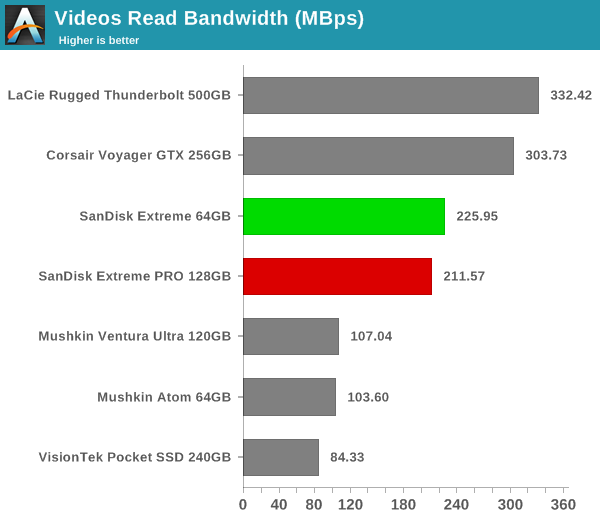 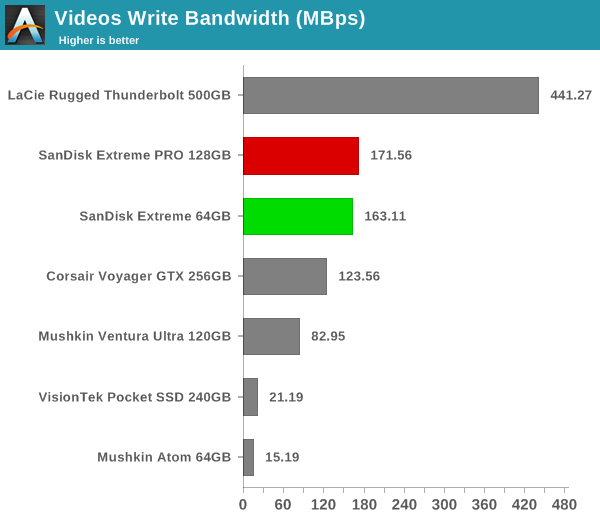 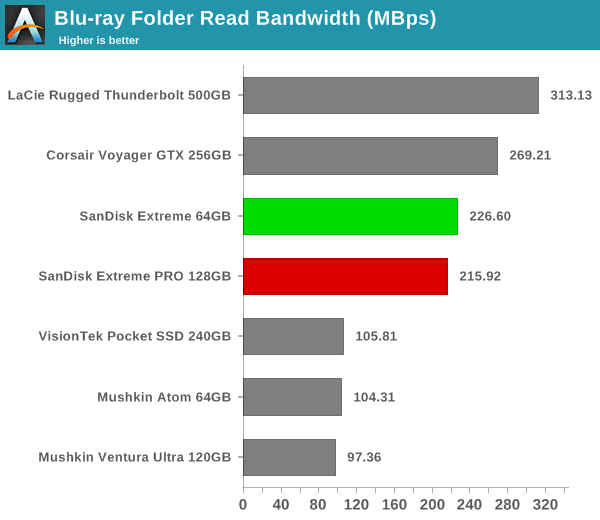 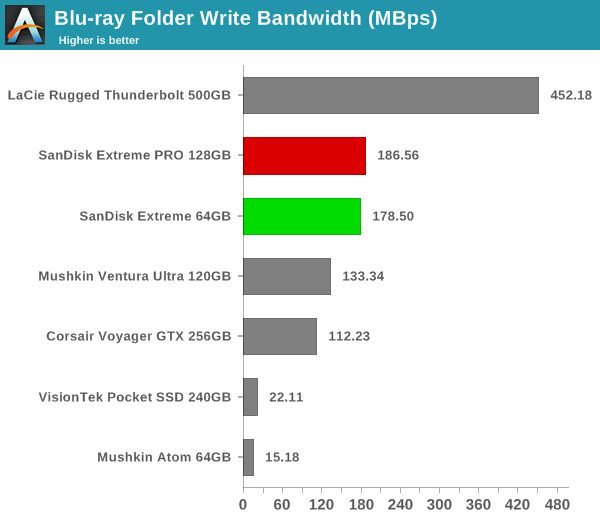 The general trend we observed was that the SanDisk Extreme was better at read benchmarks (though the Extreme PRO was quite close). When it came to the writes, the Extreme PRO pulled ahead (sometimes by as much as 25 MBps for lots of small files). 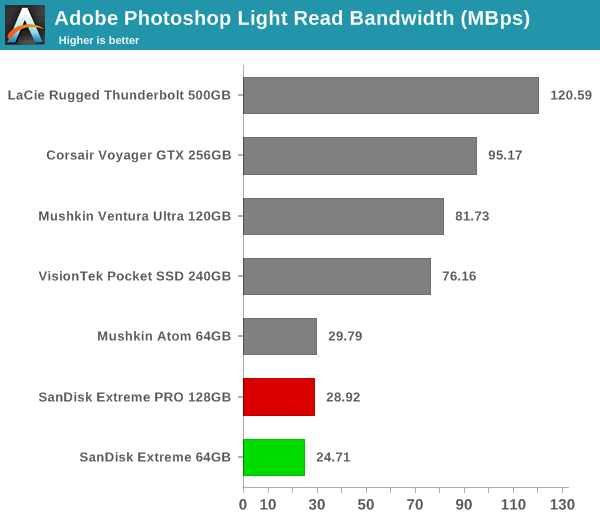 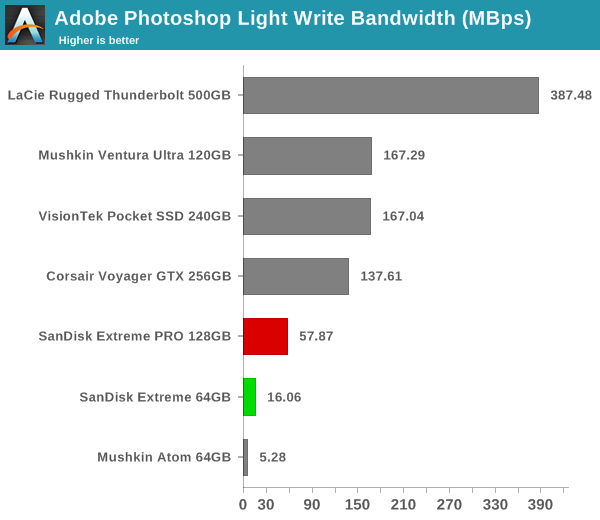 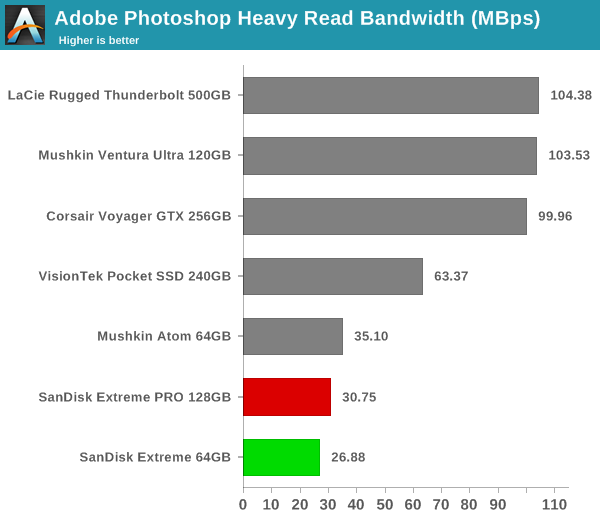 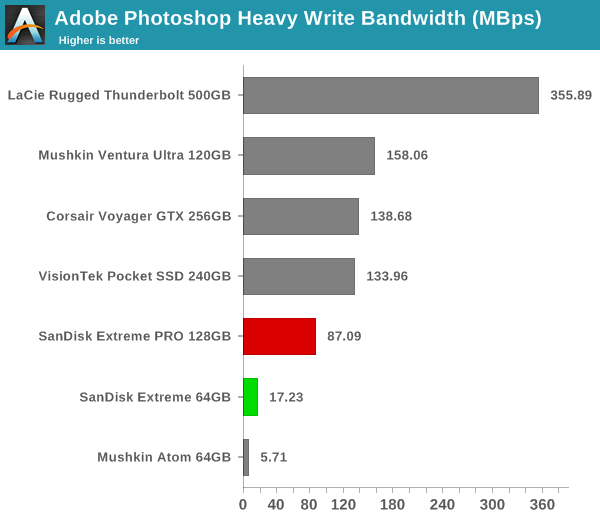 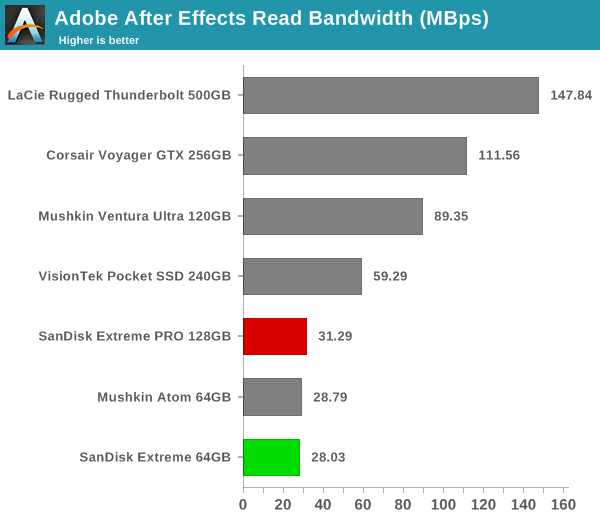 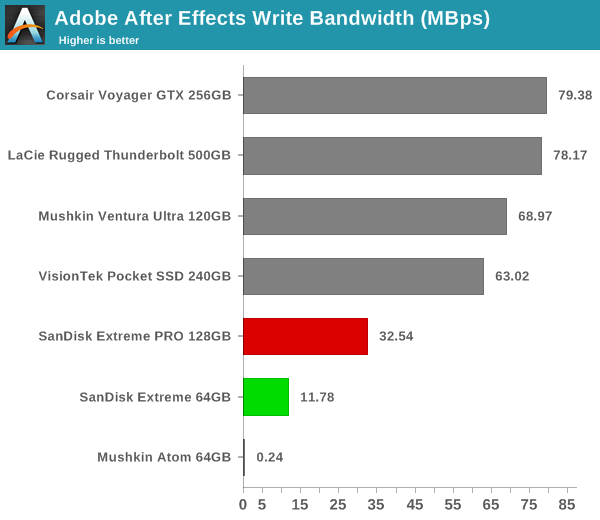 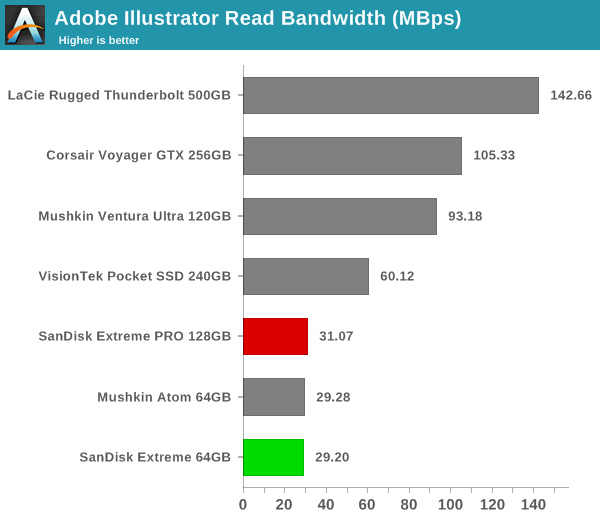 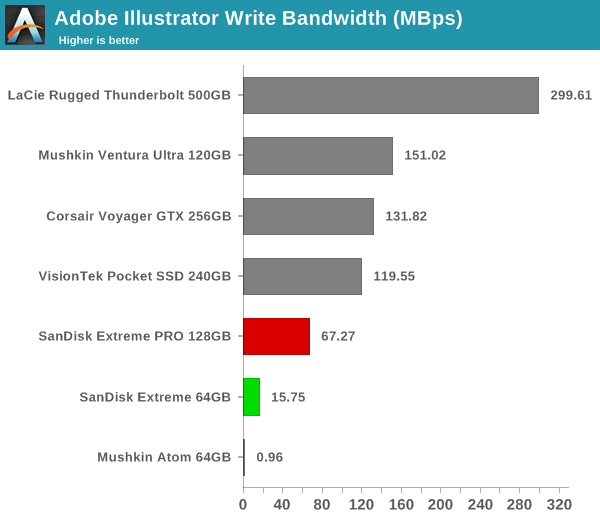 The workload traces from PCMark 8's storage bench are meant to evaluate SSDs (which is the reason the drives based on SSD controllers give great results). The firmwares in the SanDisk units being evaluated today are not optimized for these types of accesses. We wouldn't read much into the standings of the SanDisk units in the above graphs, except for the fact that one shouldn't try editing multimedia files directly off them.