Functional safety is an area of computing that is becoming ever more important as we see more and more embedded technologies integrated into our daily lives. Arm’s Automotive Enhanced (AE) line of IP had been launched back in 2018 with the release of the Cortex-A76AE. Fast-forward a few years, it’s time for a new set of AE IP, with Arm now introducing the new Cortex-A78AE, bringing a higher performance CPU core, and also for the first time introducing an AE class GPU and ISP in the form of the Mali-G78AE and Mali-C71AE. With the move, Arm also says that it is diversifying beyond just the automotive sector and widening the scope to industrial and other autonomous systems. 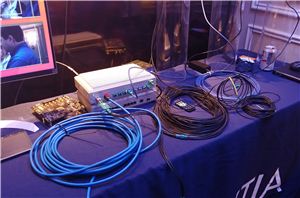 One of the lesser known topics around fully autonomous vehicles is one of transporting data around. There are usually two options: transport raw image and sensor data with super...

GTC Europe Live Blog: How to Get Regulatory Approval for an AI-based Autonomous Car

One of the talks at GTC EU today is titled 'What is Level 5 Autonomous Motorsport?'. Live blogging time!