We’ve been keeping light tabs on Intel’s Neuromorphic efforts ever since it launched its first dedicated 14nm silicon for Neuromorphic Computing, called Loihi, back in early 2018. In an interview with Intel Lab’s Director Dr. Richard Uhlig back in March 2021, I asked about the development of the hardware, and when we might see a second generation. Today is that day, and the group is announcing Loihi 2, a substantial upgrade over the first generation that addresses a lot of the low-hanging fruit from the first design. What is perhaps just as interesting is the process node used: Intel is communicating that Loihi 2 is being built, in silicon today, using a pre-production version of Intel’s first EUV process node, Intel 4. 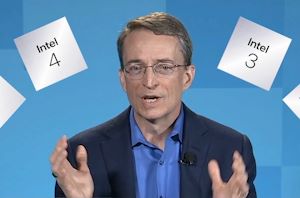 In today’s Intel Accelerated event, the company is driving a stake into the ground regarding where it wants to be by 2025. CEO Pat Gelsinger earlier this year stated...