06:59AM EDT - And that's it. Lots of quick fire announcements, we'll get more details in the press kit I imagine...! 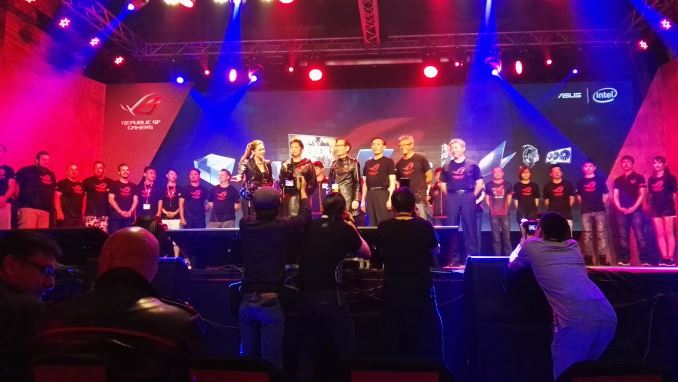 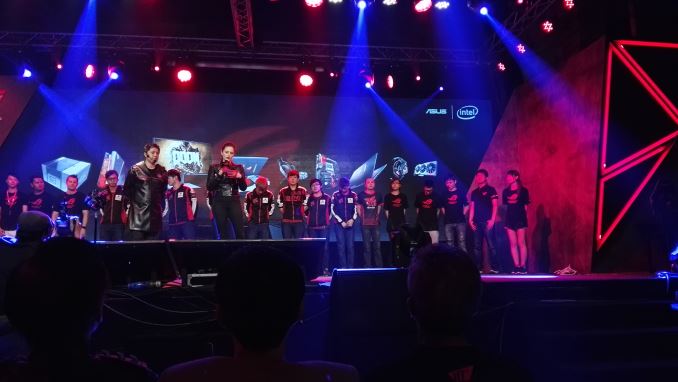 06:56AM EDT - Now a pro gaming team on stage. AHQ. Also some gamers and streams from Taiwan

06:54AM EDT - A guy with every (almost every) ASUS ROG motherboard and a number of GPUs, peripherals etc 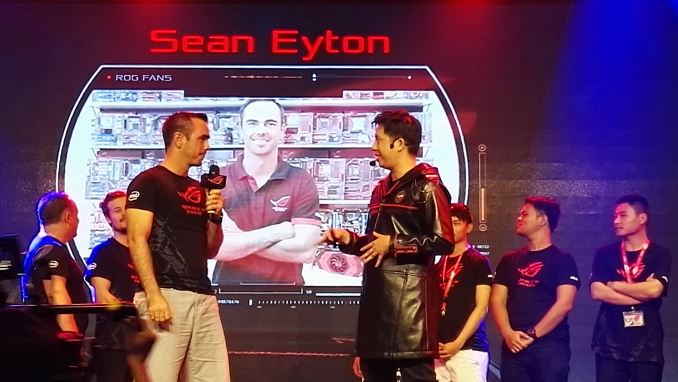 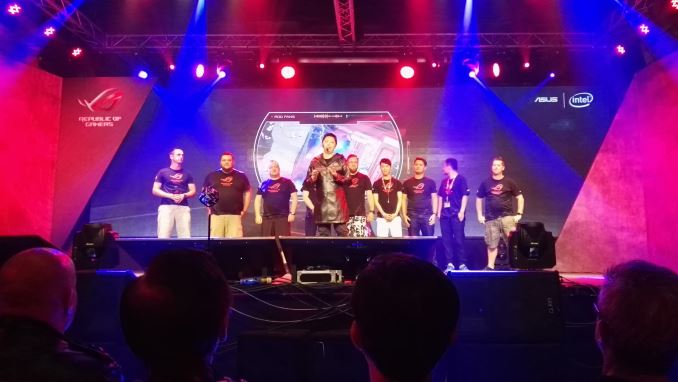 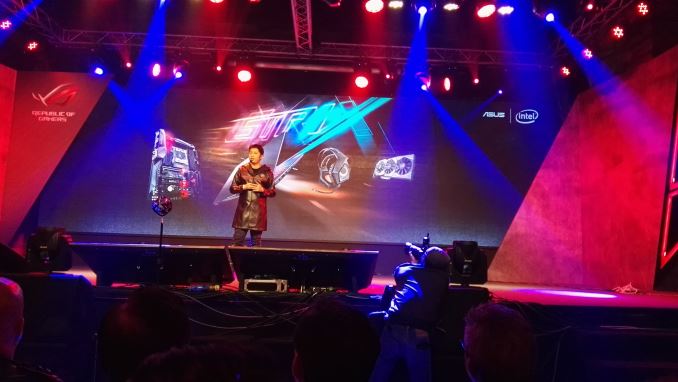 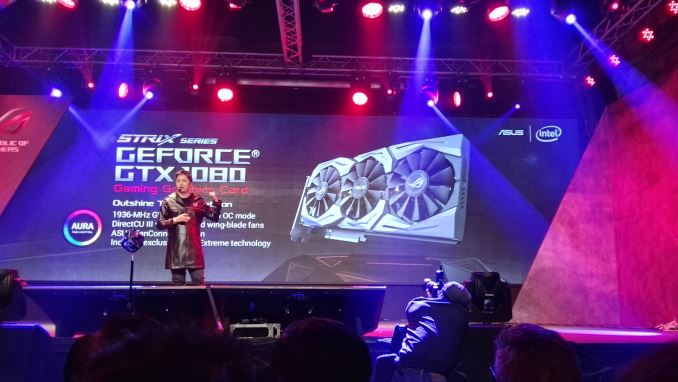 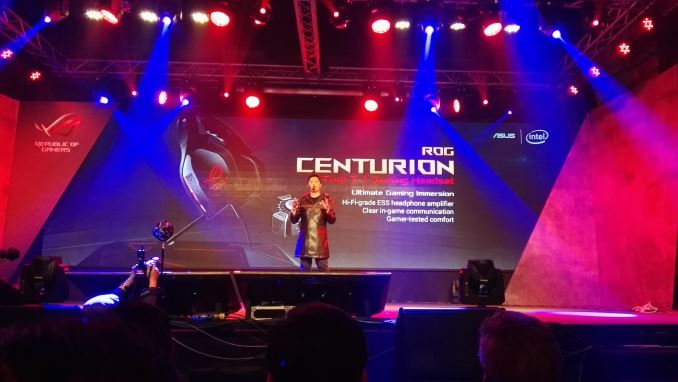 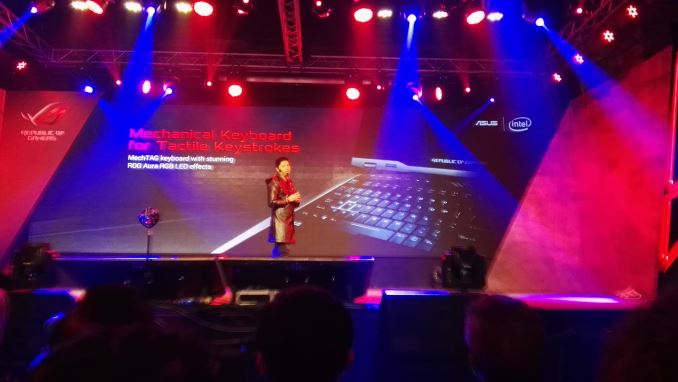 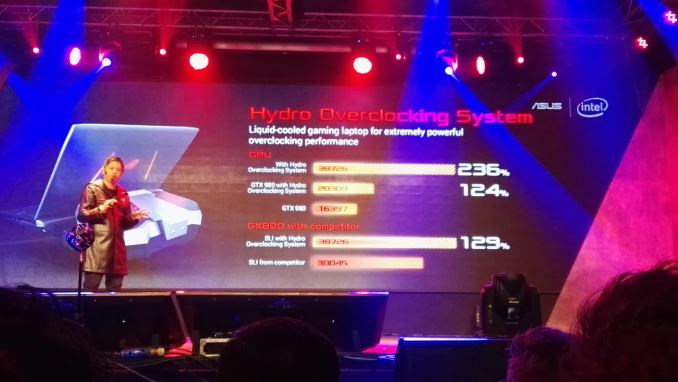 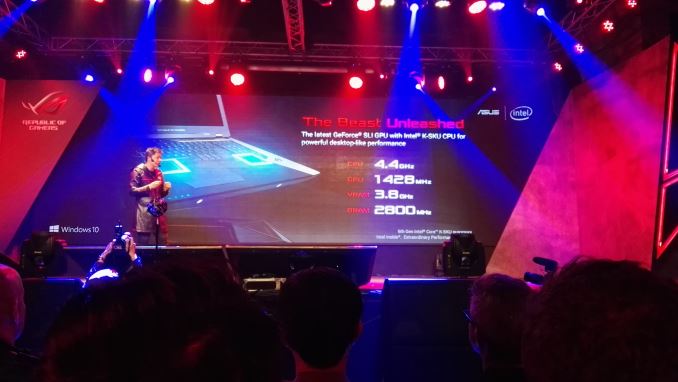 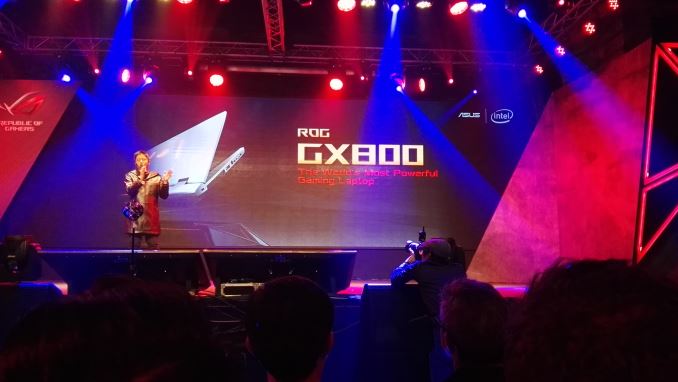 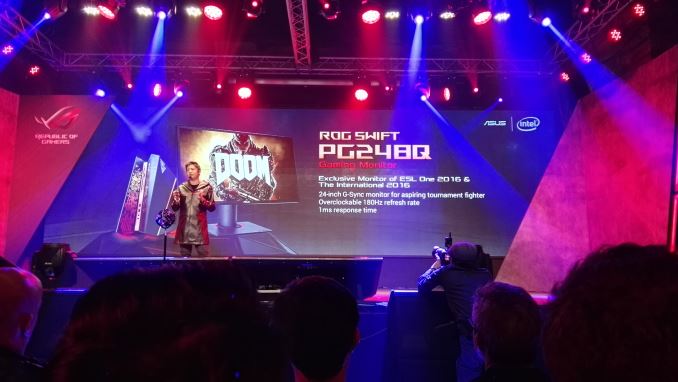 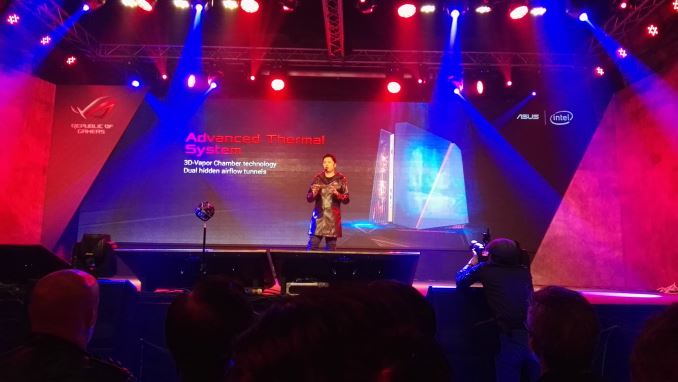 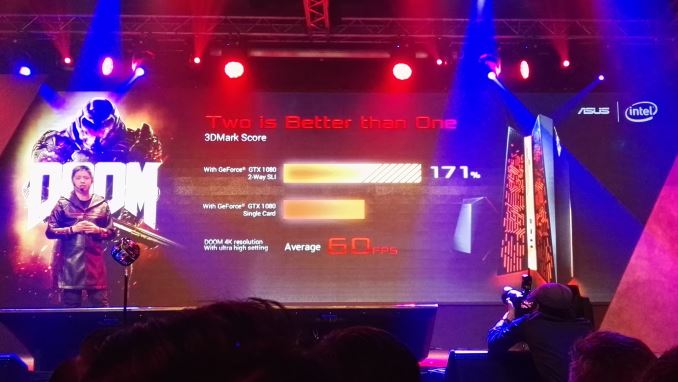 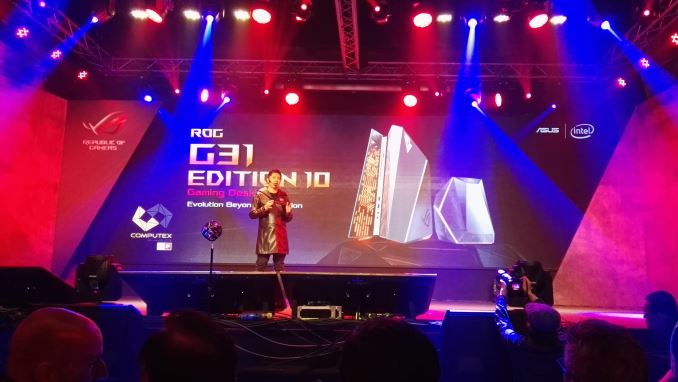 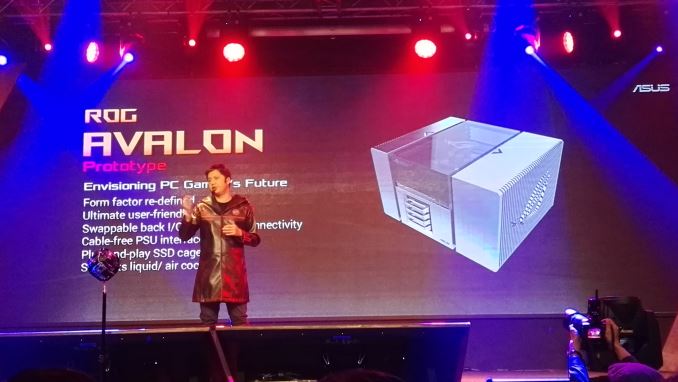 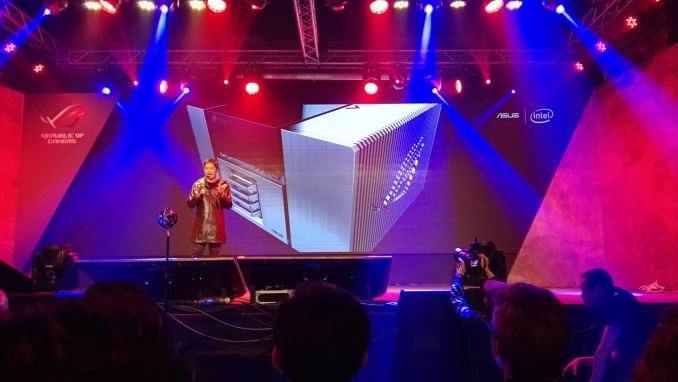 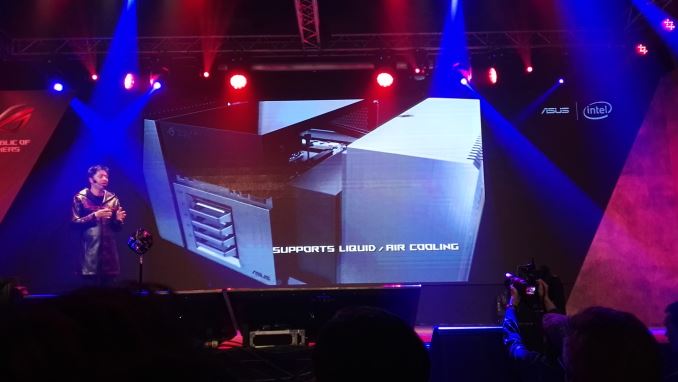 06:42AM EDT - 'ROG started as a small project in the Motherboard division' 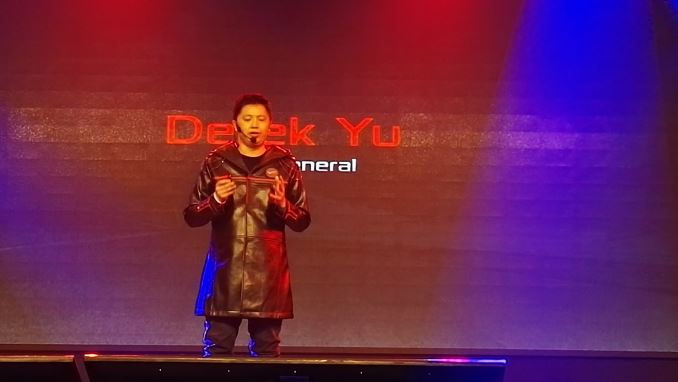 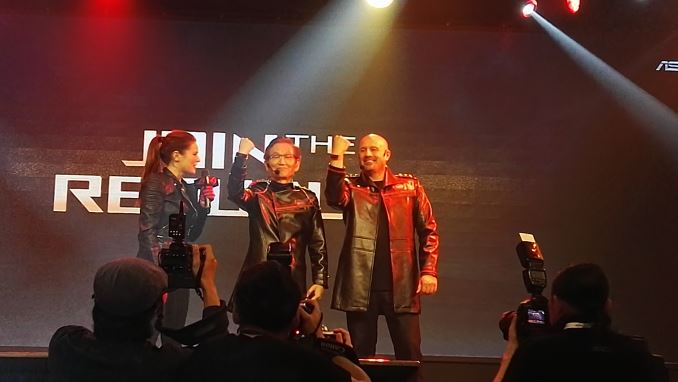 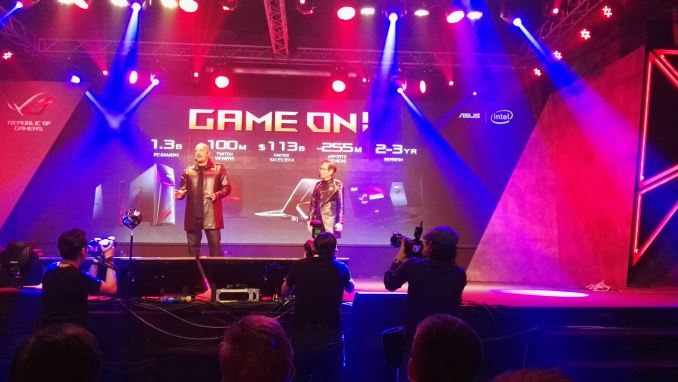 06:38AM EDT - Gregory Bryant, CVP of Connected Home and Commerical Client, from Intel on stage 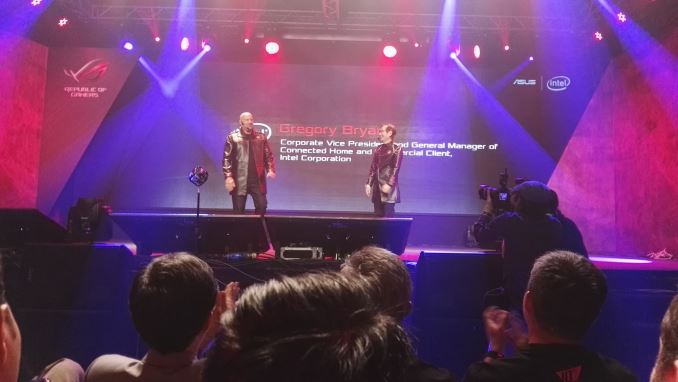 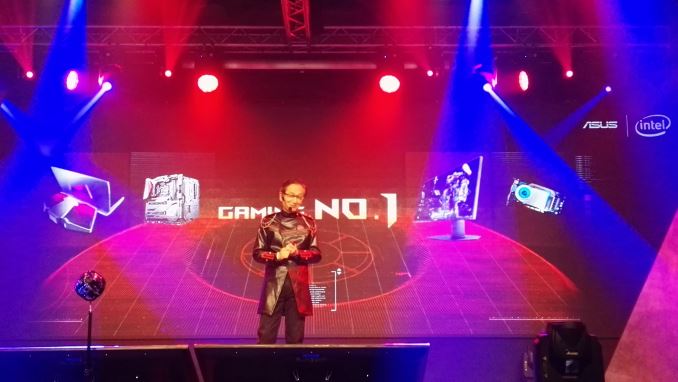 06:34AM EDT - Going over some of ASUS' previous ROG design wins

06:34AM EDT - 'Legacy is a lifetime of achievements with a decorated wall of fame' 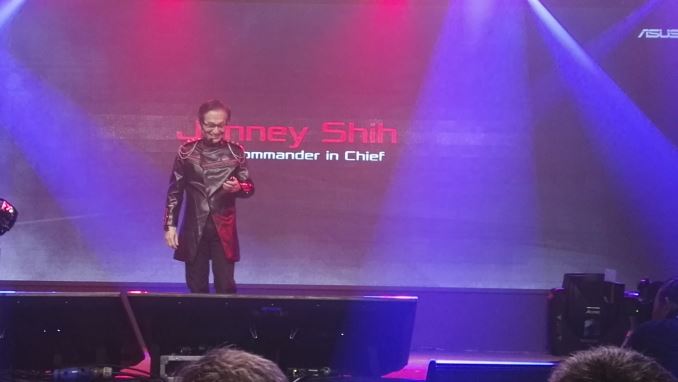 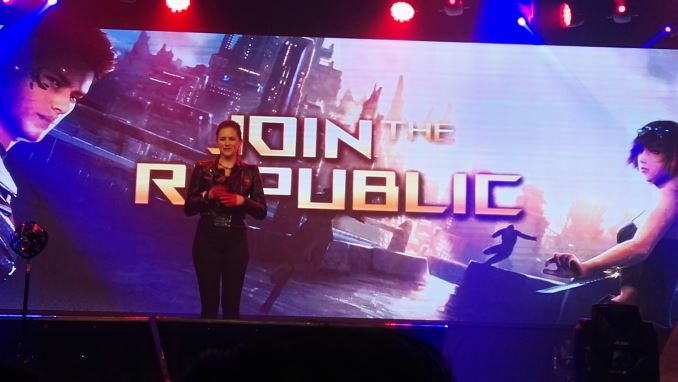 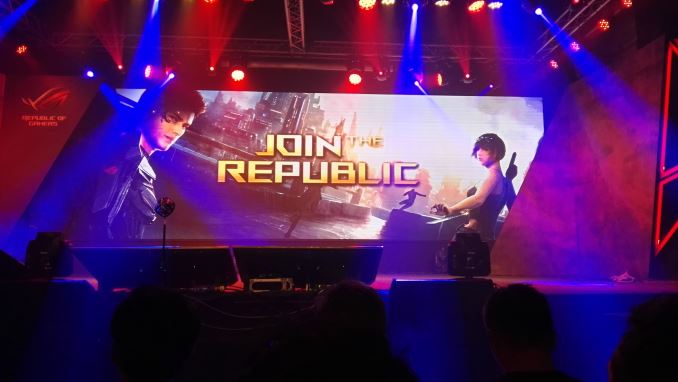 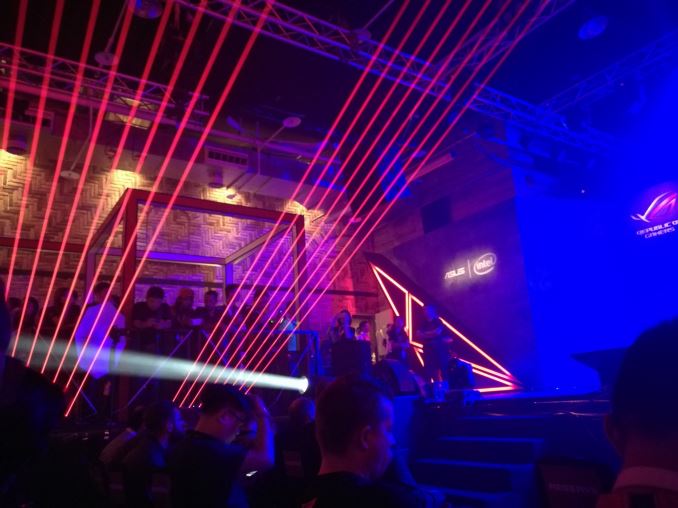 06:06AM EDT - The venue is the same as last year - a local popular club that can be hired out for private events. There's plenty of lights that look like lasers with the stage smoke in the air

05:48AM EDT - The press event starts on the hour, we now see gaming seats behind the cover. It's clearly for the gamers

05:45AM EDT - On the right of the stage is a big cover which seems to have some of the new ROG products behind

05:43AM EDT - In the group of super ASUS fans is someone I know through the overclocking scene. DrWeEz, an overclocker from South Africa, and I were part of the same professional overclocking group and we briefly held the #1 spot in the world as a team (though some skillful score submissions early in one of the Pro OC seasons) 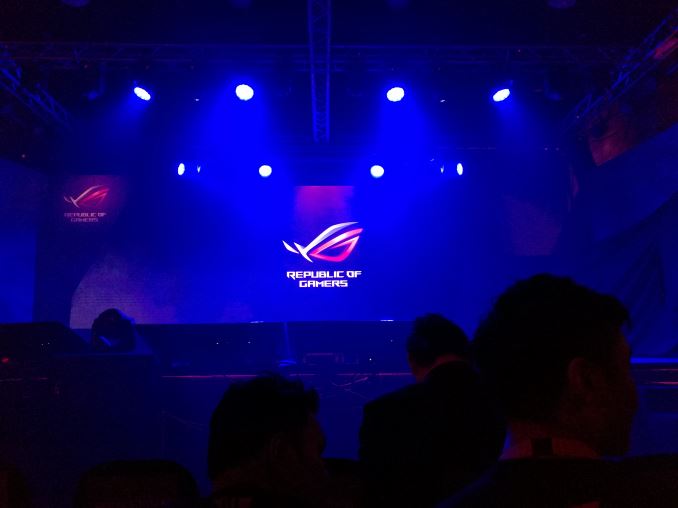 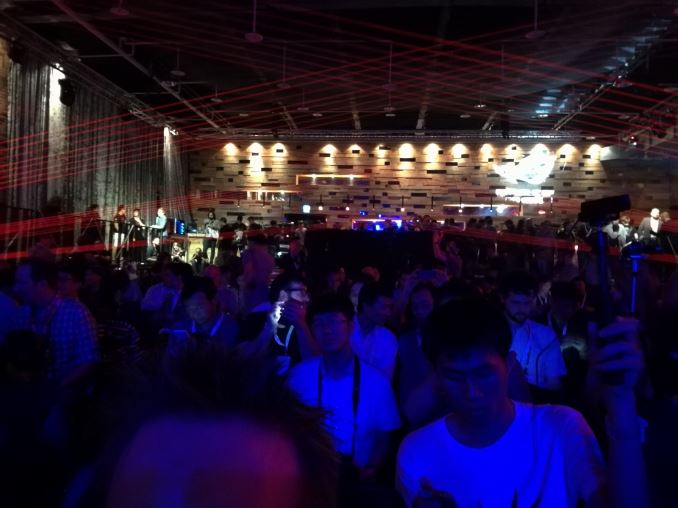 05:32AM EDT - The final press event of the day - the annual Computex Republic of Gamers press conference. This year is ASUS' 10 year anniversary for ROG, and as part of the celebrations have invited some of ASUS' most intense fans to Computex and the press event. Billy and I are here covering the announcements as they fly in, and we expect Jonney Shih to make another appearance as well as an Intel executive and one of their sponsored gaming teams.