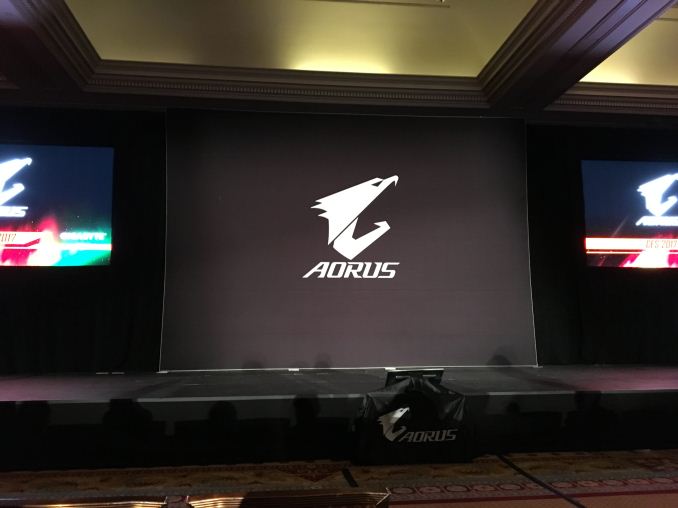 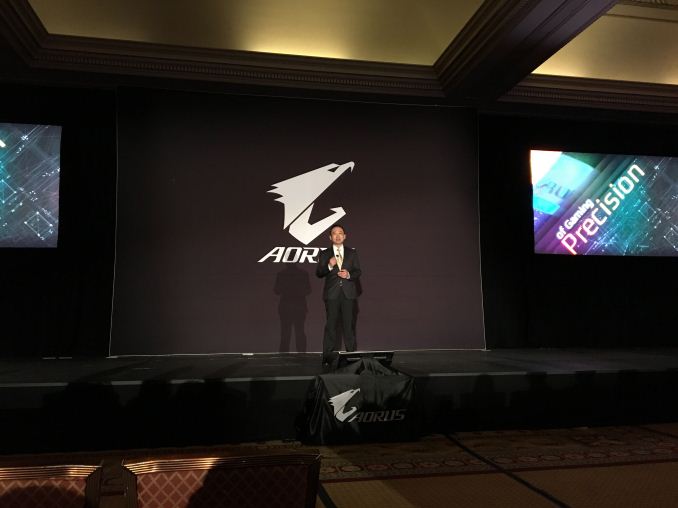 04:20PM EST - So expect to see a gaming-focused lineup from Gigabyte's product stack, including PC and laptops

04:21PM EST - (Gigabyte's slide deck is having some technical difficulties)

04:22PM EST - Aorus is going to become a more encompassing brand for the company. More than just a handful of products, but also replacing sub-brands like the G1 Gaming brand 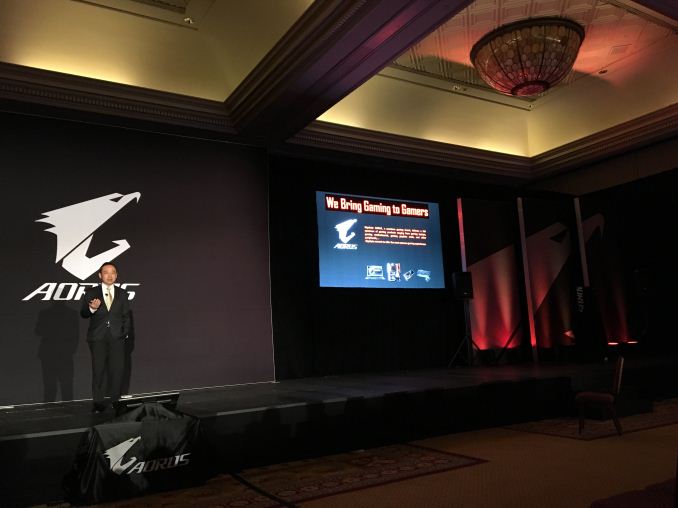 04:23PM EST - Aorus will now include motherboards, video cards, laptops, and other peripherals

04:24PM EST - Note that this isn't all gaming, but high-end products. LED-backlit parts and the like 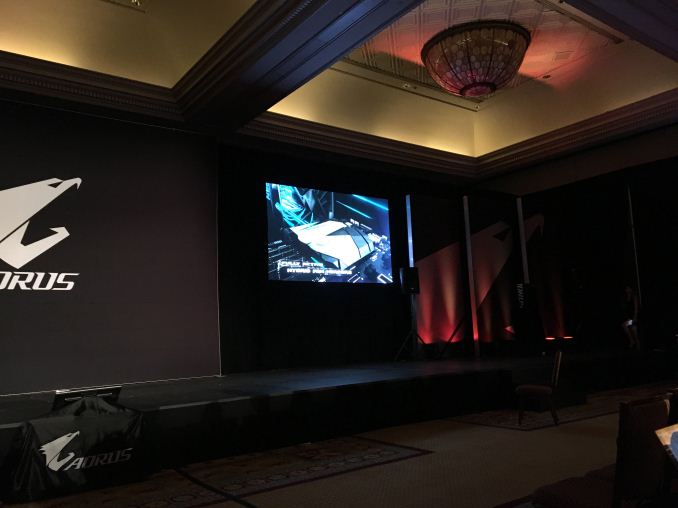 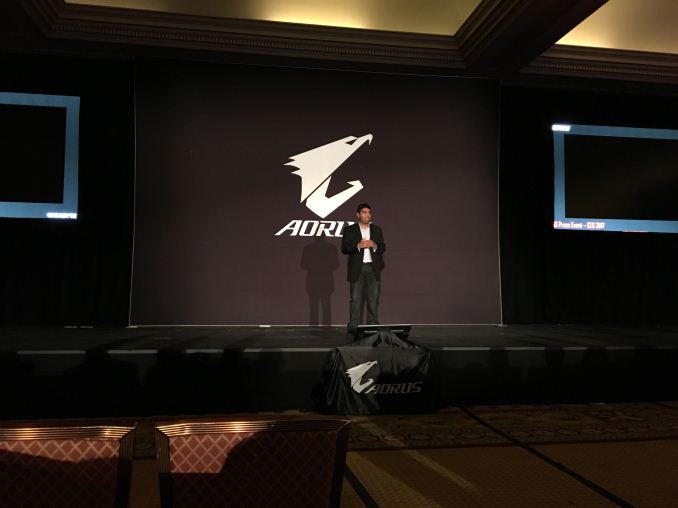 04:28PM EST - Intel is now on stage to talk about their relationship with Gigabyte

04:28PM EST - Desktop Kaby Lake just launched, of course, so it's about to be a major buying period for new motherboards 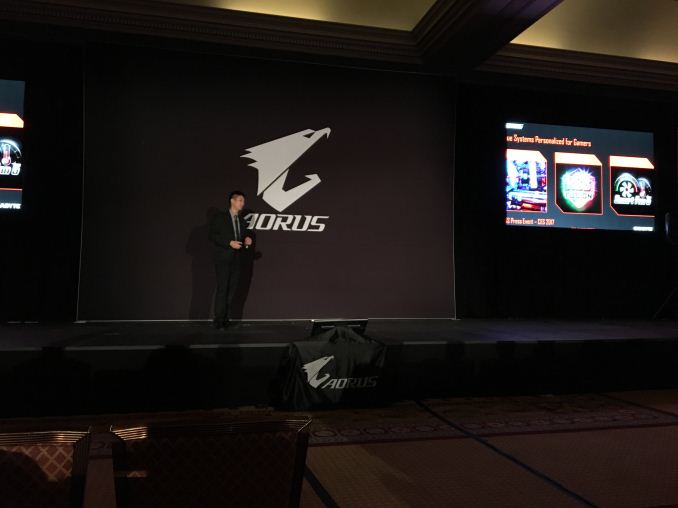 04:32PM EST - Some of the latest Z200-series motherboards include waterblocks pre-installed on the motherboard

04:33PM EST - Gigabyte is also including some additional RGB functionality beyond the usual RGB LEDs on some of their high-end boards

04:33PM EST - Such as pin headers for additional light strips 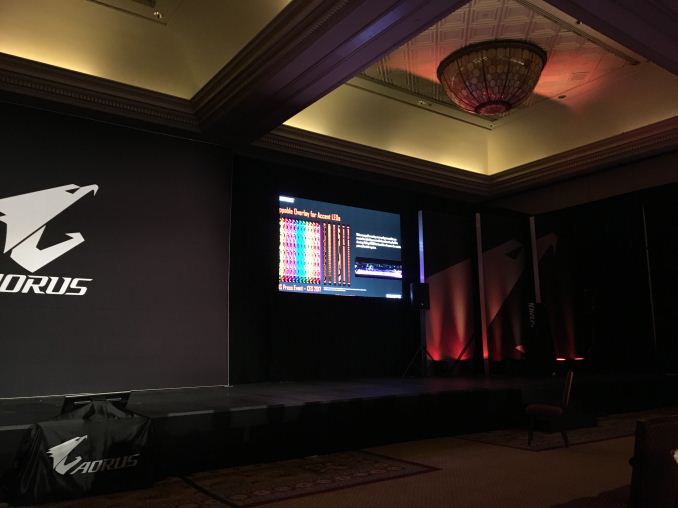 04:36PM EST - Gigabyte wants to build out a whole ecosystem. Validating chassis and LED strip lighting systems to work with their lighting controllers 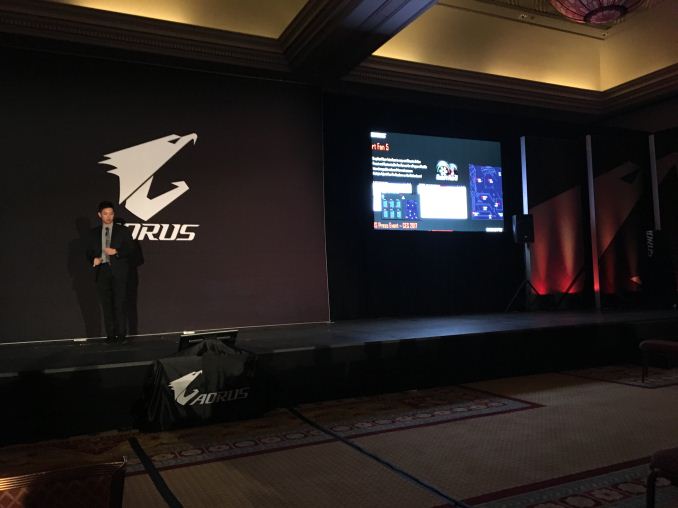 04:38PM EST - Moving on to Smart Fan 5, Gigabyte is reiterating how comprehensive the system is, including having multiple sensor zones for better monitoring with liquid cooling 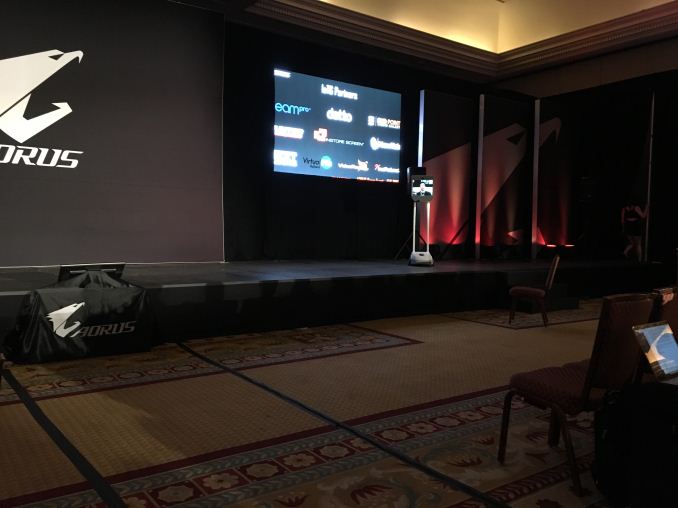 04:42PM EST - Discussing a bit more how much he enjoys working with the company's partners, and thanking the audience for coming

04:44PM EST - Up next is Andy Chu, the product manager for Gigabyte's laptop group 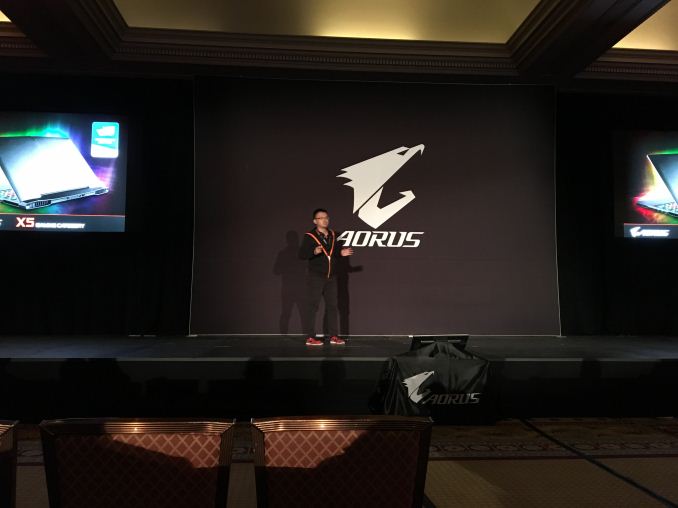 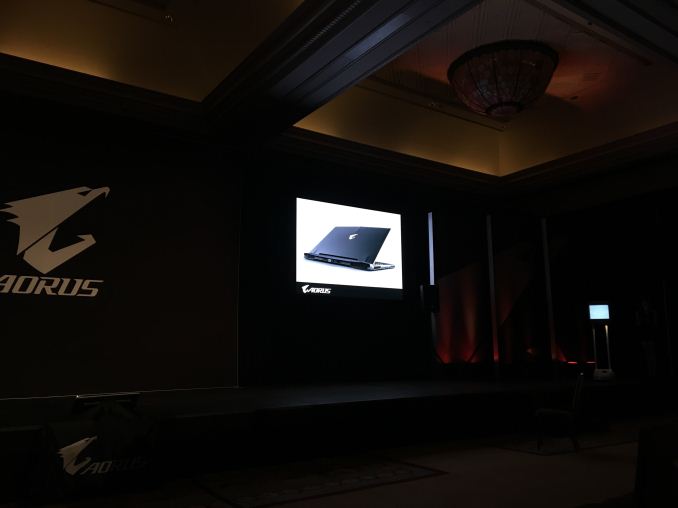 04:46PM EST - Gigabyte wants to be a trend leader in the gaming laptop market

04:48PM EST - One of the ways they want to lead: a laptop with mechnical keys, but not the traditional weight and thickness

04:49PM EST - To that end, Gigabyte is discussing the Aorus X9, a proof of concept design for a 17.3-inch gaming laptop including a thin mechanical keyboard

04:50PM EST - Moving on, the launch of Kaby Lake has allowed Gigabyte to add some new software features to the Aorus laptop line

04:53PM EST - Gigabyte is also touting that they are still the only laptop vendor to include dedicated hardware (from AverMedia) for video processing and streaming 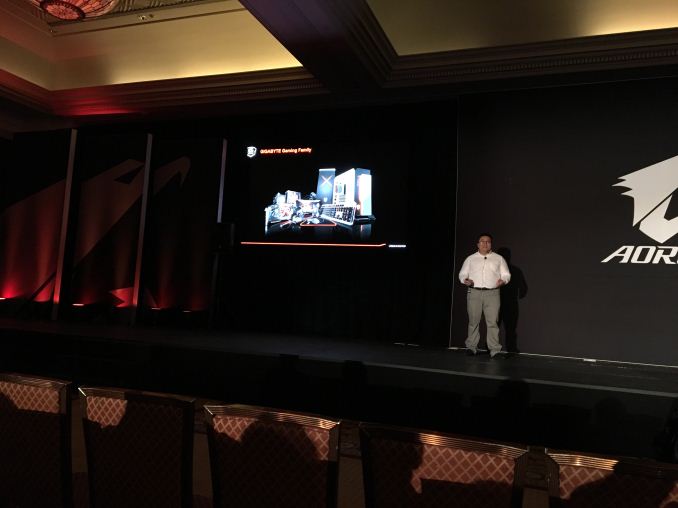 04:57PM EST - Gigabyte is also doing greater promotion of their other peripherals as well, such as headphones and keyboards 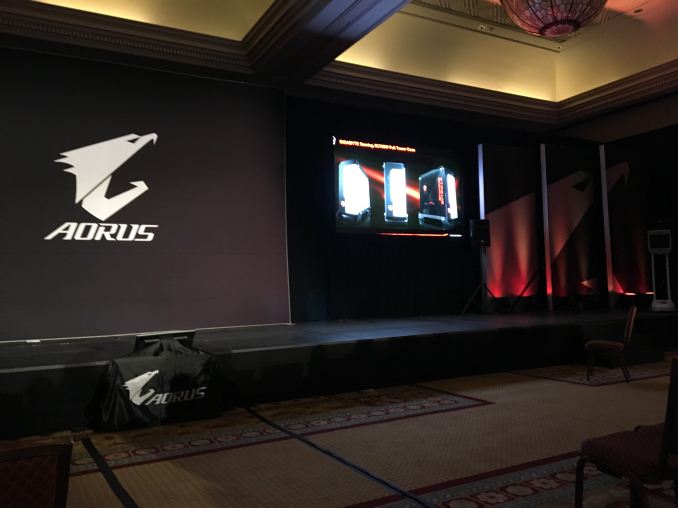 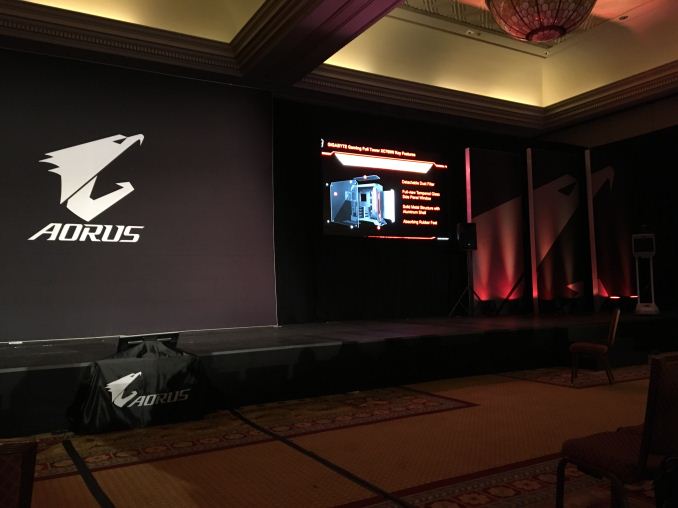 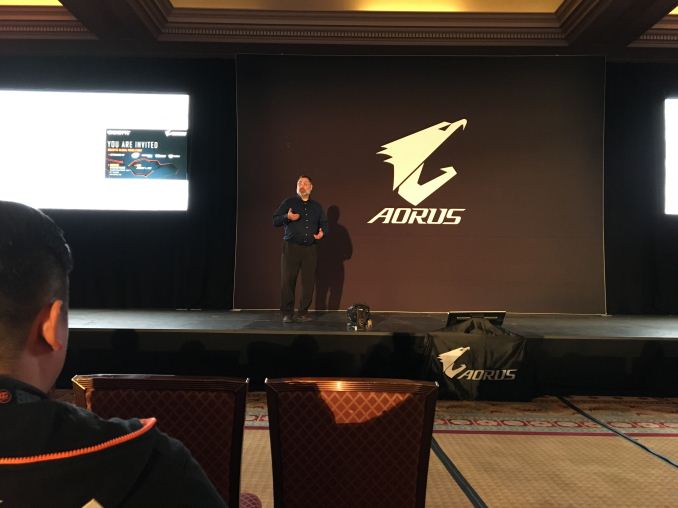 05:03PM EST - HyperX is getting into audio peripherals

05:05PM EST - HyperX believes audio is underappreciated in gaming, and wants to do more with it 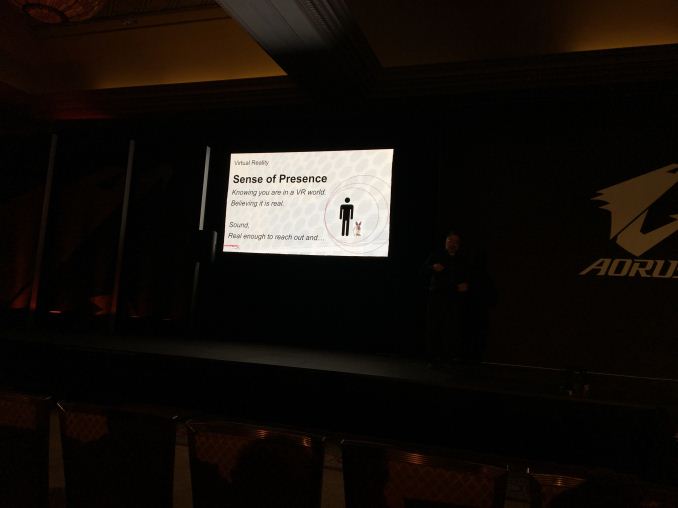 05:06PM EST - For VR this is especially important, due to the use of 3D audio as part of the experience 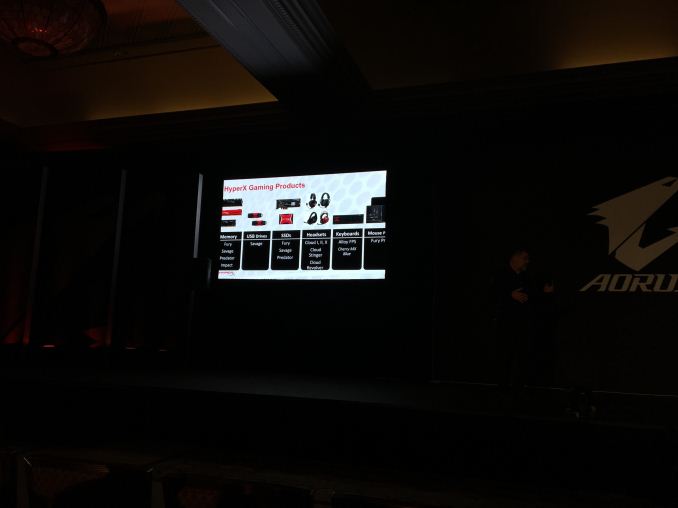 05:11PM EST - Now discussing overall goals in expanding their gaming product line, and specifically how they went about setting up a lab to design and build their headphones 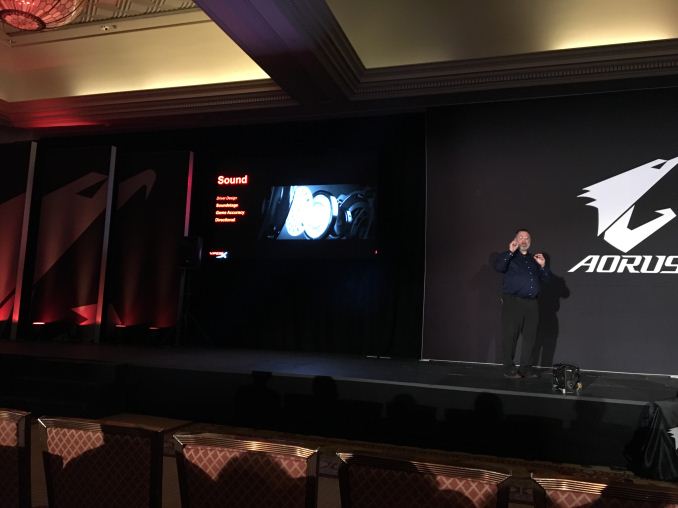 05:16PM EST - And their first gaming mouse: the Pulsefire 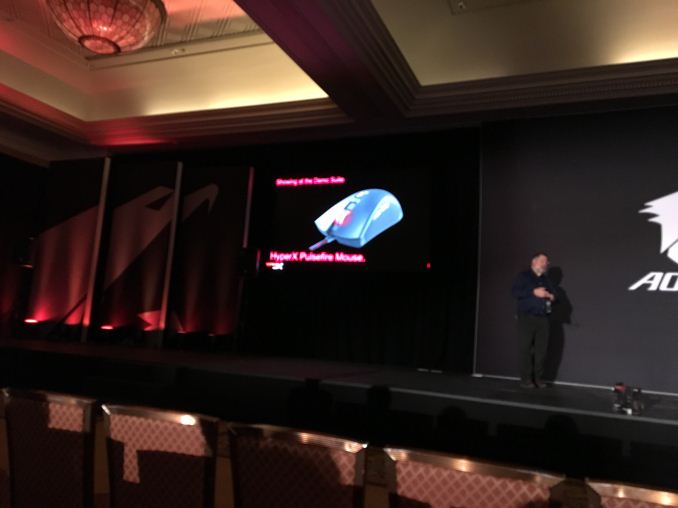