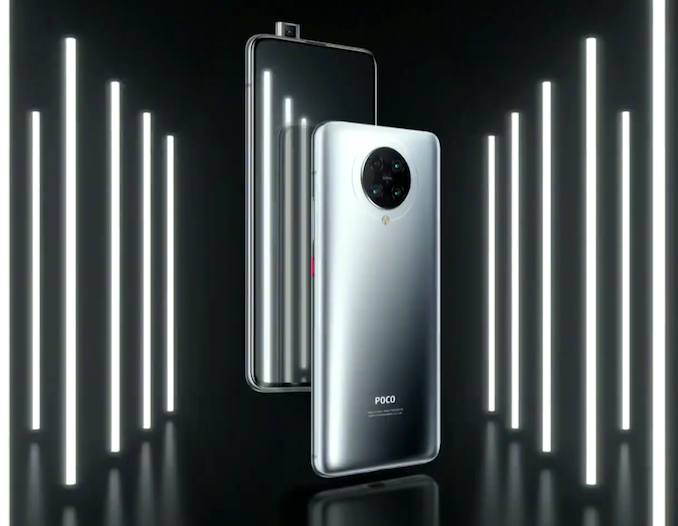 Today we’re seeing the return of the flagship killer – although this isn’t OnePlus we’re talking about, but rather then new POCO F2 Pro. It’s the successor to the wildly popular Pocophone F1 – one of Xiaomi’s sub-brands. The new F2 Pro features the new flagship Snapdragon 865, a new IMX686 64MP main camera sensor, 6.67” AMOLED screen and a massive 4700mAh battery, all topped up with a 3.5mm headphone jack. What’s also unusual about the phone is that it features a mechanical pop-up front camera, which allows it to have a true full screen experience without any notches or cut-outs.

POCO brands itself as a performance-oriented vendor, and with the Snapdragon 865 it certainly trades blows with the best Android phones out there on the market. It’s interesting to see here that we’re going to see the same device with two different memory technologies; the 6GB variant of the phone will feature LPDDR4X, while the 8GB version will feature LPDDR5. Both variant come with corresponding 128 or 256GB of UFS 3.1 storage. 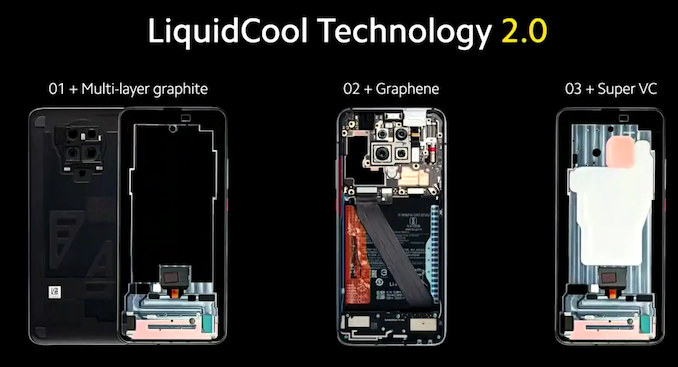 During the launch event, the company also focused on the thermal dissipation solutions of the POCO F2 Pro, claiming that the inclusion of a huge vapour chamber as well as very large graphene and graphene thermal layers would vastly outperform other contenders in the market such as the Galaxy S20 and the OnePlus 8 Pro. Here the F2 Pro claims to offer better peak and sustained performance, all whilst reducing frame minimums. 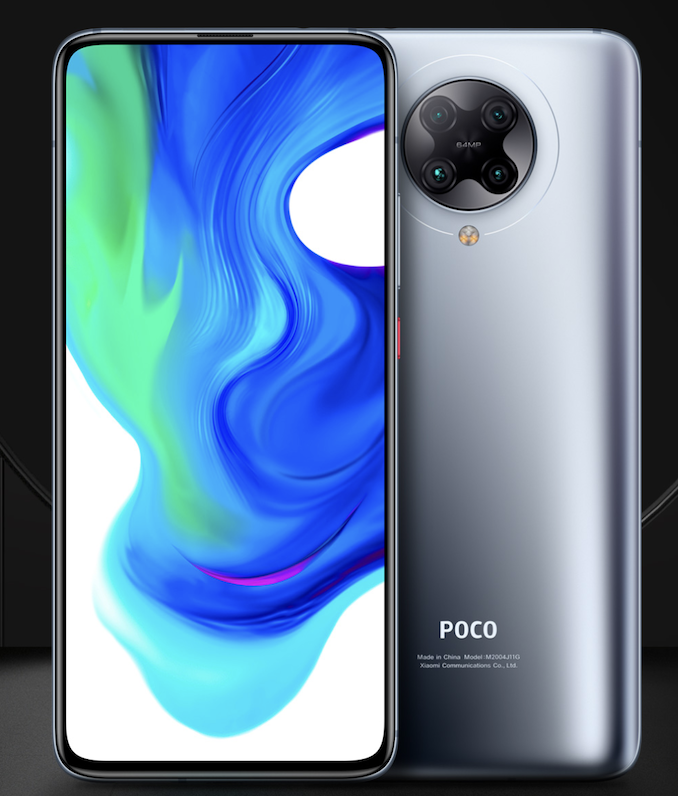 The F2 Pro comes with a 6.67” AMOLED screen at 2400 x 1080 resolution – this is likely the single biggest upgrade over the Poco F1 as it signifies the move away from LCD. The screen itself is claimed to reach up to 800 nits in high brightness mode. The one feature that seems to be lacking on the F2 Pro is the lack of higher refresh rates, with this being a 60Hz panel. Touch sampling at least is listed at a higher 180Hz for better input responsiveness.

The front of the device is characterised by its symmetrical bezels with no notch or display cut-out. This is enabled by a 20MP front camera that is housed in a mechanical pop-up camera module. It’s an interesting choice, but I got the feeling that most 2020 flagships have actually dropped this intermediary solution. Nevertheless, I’ve seen a lot of people be fan of it – although I don’t quite like the compromises such as the heavier weight (the Poco F2 Pro is 218g) and the lack of water resistance.

In the quite heavy 218g weight we find a large 4700mAh battery, which together with the efficient SoC and conservative screen configuration will undoubtedly result in extremely good battery life. 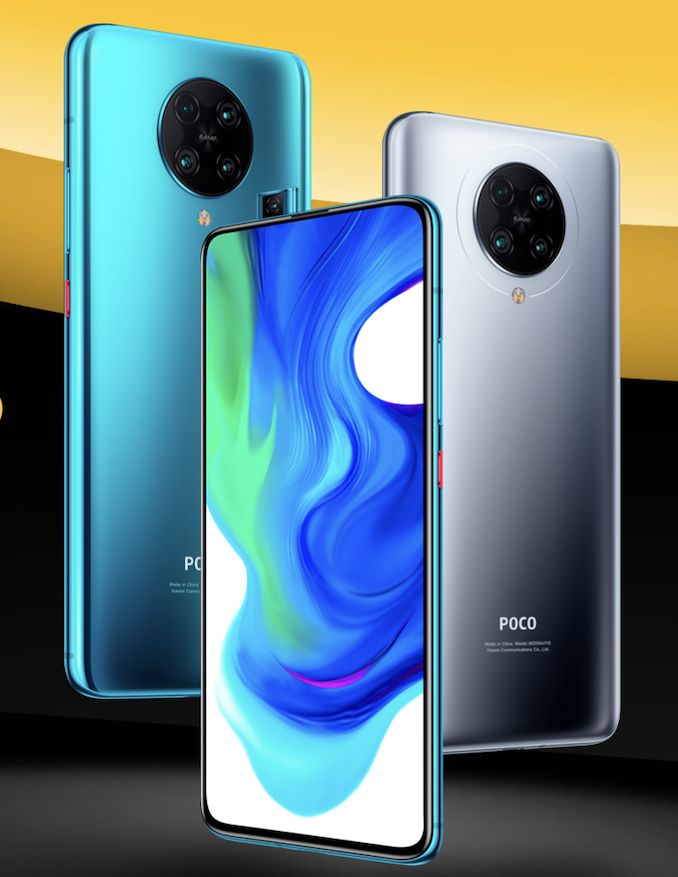 On the rear, we find a quad-camera setup. As the main shooter, we find the new Sony IMX686 64MP sensor – a new 1/1.72” sensor with 0.8µm pixels that bin 2x2 pixels to regular 16MP 1.6µm equivalent shots. What’s special here is that the phone is capable of 8K video recording, which I think is unique in this price range.

We’re lacking any mention of OIS on the side of the main camera, which might be a sign that the phone actually doesn’t have the feature. It’s an important compromise for the camera system if this is confirmed to be missing.

As a secondary camera there’s a 13MP 1.12µm ultra-wide-angle sensor with an optics capable of 123° field of view, as well as two extra modules – a 5MP telephoto macro and a 2MP depth sensor.

The 5MP telephoto macro is said to be special in its capabilities, alongside being able to serve as a 50mm equivalent telephoto, it can focus down to 2cm distance with some extremely high reproduction factor, resulting in extremely high macro magnification, more-so than any other phone on the market right now. 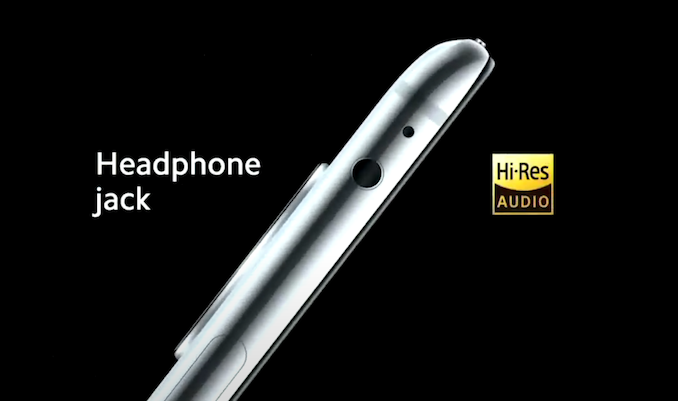 POCO also made fun of the competition, claiming it includes some features that some other vendors have forgotten about, including NFC, an IR blaster, and most importantly a headphone jack.

The biggest selling point of the POCO F2 Pro naturally is its price, and here the phone come at some real flagship killer figures at 499€ for the 6+128GB variant, and 599€ for the 8+256GB phones. I wouldn’t worry too much about the LPDDR4X on the former variant; the pricing here is extremely competitive in the face of say a regular OnePlus 8 which falls in at 699€. What you give up on is seemingly weight of the phone, a higher refresh rate screen, and OIS.

Availability starts today at various online stores, with expanded availability in the next few weeks and months.