A Month with the iPhone 5s: Impressions from an Android User 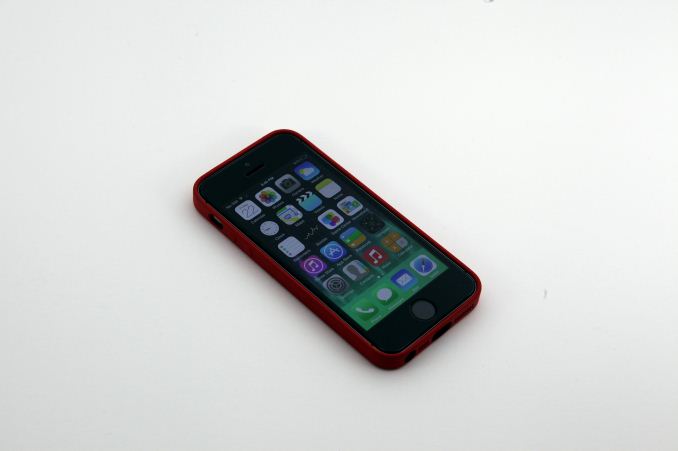 I must confess that the last time I used an iPhone was three or four years ago. While I’ve followed the hardware changes from generation to generation, I’ve never really been able to write about the iPhone or iOS in detail. While objective data is great to work with, a great deal of evaluation relies on subjective experience. To fix this gap in knowledge, I received an iPhone 5s. After a month, I’ve really come to have a much more nuanced view of how Android and iOS compare, along with how Apple’s iPhone compares to the rest of the smartphone market.

At this point, the iPhone 5s is a phone that doesn’t need much in the way of introduction. After all, it’s been almost a year since it was first announced, and Apple is ready to announce a new iPhone within the coming months if their yearly release cycle holds. For those that need a bit of a refresh on the iPhone 5s, I’ve included a spec table below.

The hardware is ultimately the foundation that software rests upon, so it’s a good place to start. While it’s easy to appreciate industrial and material design by just holding or looking at the phone, everything else requires some real hands-on time. One of the first things I noticed was that the feel of the buttons. Normally, I expect buttons to have a bit of slack before they actuate. In all of the buttons on the iPhone 5s, this doesn’t happen at all. Instead, the button only depresses when triggered. In the case of the volume and power buttons, the activation gives a clean click. On most smartphones I’ve used, the feel and sound of this activation tends to be a bit more mushy and subdued. The home button is the one exception here, which has a noticeably longer travel and less distinctive actuation/mushier feel but I suspect that TouchID is the reason for this difference. 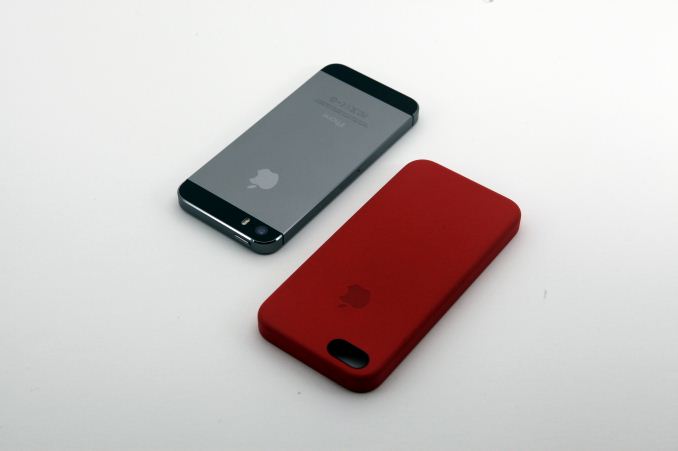 The other difference that I noticed was the size. For a long time now I’ve had the opinion that this generation of Android smartphones have simply gotten too big to be comfortably used with one hand. I still think that the limit for flagship smartphones (not phablets) is around a five inch display, and no larger than the smartphones that we saw in 2013. This includes devices like the Nexus 5, HTC One (M7), and Samsung Galaxy S4, which are all comfortable in the hand and relatively easy to manipulate. As a result, using the iPhone 5s is a significant departure. Reaching the top left corner of the display is relatively simple compared to some of the smartphones on the market today. While physical size is a matter of preference, I suspect that total device width shouldn't exceed 70-71mm, and height is probably shouldn't exceed 140-141mm, although there's a great deal of leeway as the shape of the phone can make a phone seem larger or smaller than it really is. In the case of the iPhone 5s, although the physical size is easy to handle I definitely notice the effect of the smaller display when trying to browse desktop websites, view photos, and watch videos. Anyone coming from Android at this point in time will probably miss the large displays that Android OEMs tend to integrate.

Of course, display is one of the biggest aspects of the smartphone experience, and is more than just a matter of size. In many measures, the iPhone 5s display is great. There’s no overly wide gamut, noticeable saturation compression, odd green tints in grayscale, or excessively high contrast/gamma. However, the resolution itself is noticeably lower than the 1080p and 1440p displays I’ve gotten used to. This doesn’t seem to affect usability much, but some elements of the UI like the rotation lock symbol are noticeably aliased. I find that around 400 to 500 DPI is generally acceptable to avoid obvious aliasing, but there’s value to going to 500-600 DPI for those that want to use a display for VR or are strongly sensitive to even minor aliasing at 4-6 inches viewing distance. Anyone coming from a phone like the Galaxy S4, G2, or One (M7) will probably notice the fuzzier display but it's probably not bad enough to grate on the eyes. 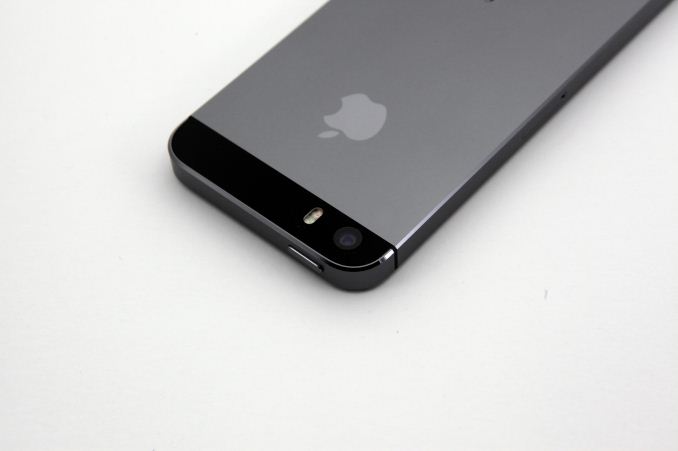 The camera is another major surprise for me. While I’m no optical engineer, it’s clear to me that the camera output is relatively free of smudging from aggressive luminance noise reduction, and the low light performance is much better as a result. I also don’t seem any odd color casts in low light, or noticeable color/chroma noise. Issues like sharpening kernels, halos from unsharp masks, and other artifacts from poor post-processing just aren’t present. In general, Apple has managed to ship a well-tuned camera that seems to be a step above. While I'd like to see a move to larger sensor sizes, it's likely that the thickness of the phone is a gating factor. 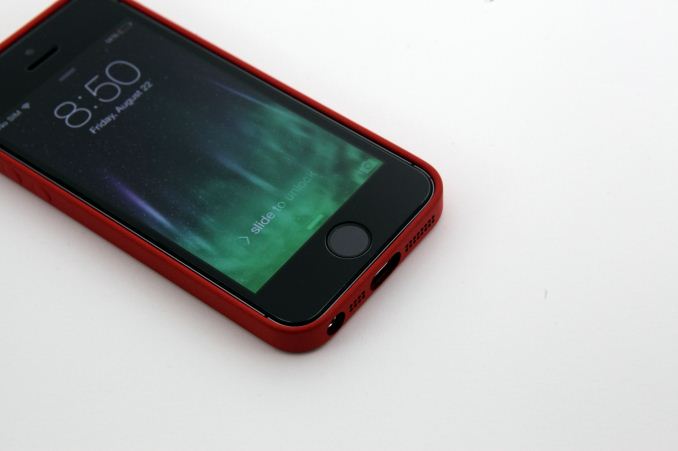 While I understood that TouchID was a better solution because of its press and hold nature, the truly compelling aspect of Apple’s implementation has more to do with software than anything. With the systems I’ve used before, enrollment was absolutely critical. Poor data during enrollment would basically make it impossible to actually use the fingerprint sensor. This isn’t true at all with TouchID. While I mapped the center of my fingers relatively well in initial enrollment, I left the extreme edges unmapped. This was easily resolved by slowly edging towards the very edges of my finger to get it to unlock based upon a partial match. In short, it has only gotten better and faster with time. There’s no deliberate effort needed to unlock the device normally at this point, especially because it’s as simple as pressing down the home button and unlock is almost instant for full matches.

In short, the attention to detail on the hardware side is one of the best I’ve seen in this industry. While I would like a larger display and higher pixel density, even now I find very little fundamentally wrong with the iPhone 5s. Of course, it’s not possible to ignore the software side of things. After all, installing Android on an iPhone 5s isn’t realistically possible. While iOS 7 has already been reviewed, for the most part such experiences have been evaluated from the perspective of people that have used iOS extensively through the years.