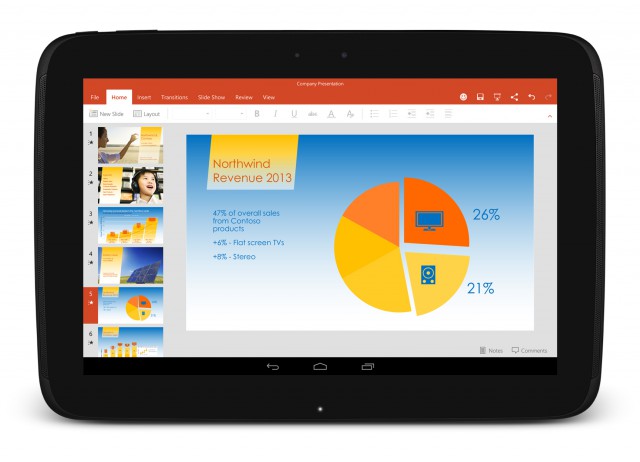 Today Microsoft announced partnerships with 20 device manufacturers to pre-install apps such as Office, OneDrive, and Skype on future Android tablets. Microsoft already has existing deals in place with companies like Dell, Samsung, and Pegatron, and we've seen the results of those agreements on devices like the Venue 8 7840 and the Galaxy S6. Today's announcement focuses more on tablets, which is a natural area of focus for Microsoft as their suite of Office applications are made for Android tablets.

Microsoft's list of partnered companies mostly consists of regional manufacturers that serve a specific country. However, both LG and Sony appear on the list, which means that Microsoft's apps will be shipping on future devices to countries all over the world. The press release specifically states that Sony's Xperia Z4 tablet will begin shipping with the apps within 90 days, and states that a future tablet from LG will include them as well.

Microsoft's partnerships represent a new direction for a company that once used their suite of Office apps as a way to lead users to Windows devices. You can view the entire list of new partner companies in the source below.

Source: Microsoft via The Verge